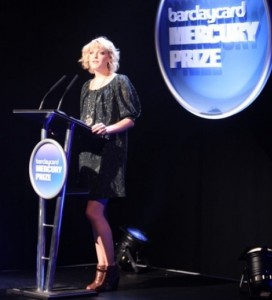 The announcement will be made by presenter and broadcaster Lauren Laverne and will be hosted by The Hospital Club in Covent Garden.

The Prize recognises and celebrates music in the UK and has a reputation for highlighting both new talent and more established bands and artists.

Albums released between July 2010 and July 2011 are eligible for this years Prize.

The shortlist of 12 Albums of the Year is chosen by an independent judging panel and provides a snapshot of the year in music, recognising artistic achievement across a range of music genres.

This year music fans will be able to watch live coverage of the shortlist announcement for the first time, as the Prizes sponsor, Barclaycard, will be hosting a live video stream of the event on their Facebook page at 11.30am on Tuesday 19 July. www.facebook.com/barclaycard.

Lauren Laverne said: Theres been so much great music released this year. Im sure the judges will have an even more challenging job than usual choosing the final shortlist of 12 Albums of the Year. Its certainly looks like it should be a really strong line-up.

The overall winner of the 2011 Prize will be decided and announced at the Barclaycard Mercury Prize Awards Show, which will be broadcast live on BBC Two on Tuesday 6 September 2011.

Lauren Laverne will present the programme, with the Awards Show event itself hosted by Jools Holland