Toronto-bred Melissa Bel followed her heart and made the bold decision to pull up her roots and relocate in order to live with her partner in Devon…Her latest album In The Light, due for release on 4th November via Belhop Records, tells the story of this journey.

“I hadn’t set out to fall in love – reveals Melissa – I’d set out to find my musical self, to see the world, and absorb its influences into my writing style. And of course when I was least expecting it, fall in love I did – and what’s better inspiration for songwriting than that!”

Hi Melissa, how are you today?

A little hungover but otherwise great 😀

Can you tell us a bit about your new album ‘In The Light’?

It’s my 4th release, and I would say my best yet. There are 7 original songs, produced by Justin Gray (Joss Stone, John Legend), and pretty much everything you’ll hear about on this album happened in real life. All the events that culminated in me making the move to rural Devon, England are there for listeners to piece together.

You’ve been compared to the likes of Taylor Swift and Meghan Trainer, would you say they were strong influences while writing the album?

Subliminally, maybe, since they’re always on the radio, but not consciously! Some of the artists we were thinking of when writing the album were Ed Sheeran, Pharrel, Ella Henderson and One Republic. 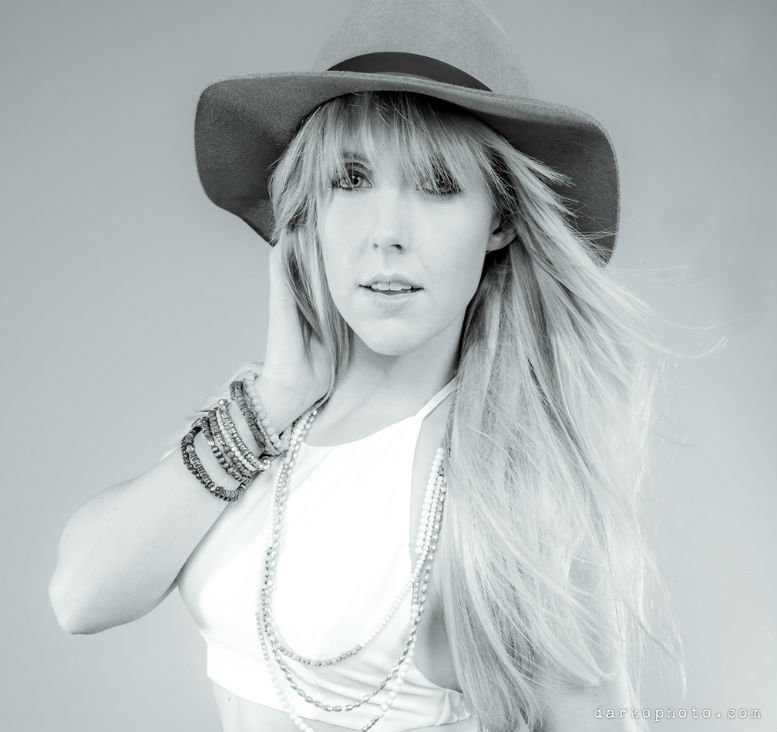 How are you finding living in Devon compared to Toronto? Must be quite a culture shock!

At first it certainly was! Everything closes at 5pm! But seriously, I’ve really grown to prefer living in the countryside as opposed to the big city. I’m so much more relaxed, the air is cleaner and you can’t beat the views around here.

It’s always been a dream of mine to work with Paul McCartney. I fell in love with the Beatles when I was about 5 so that would be pretty great. I’d also love to collaborate with Ed Sheeran, he’s such a talented writer and vocalist. And I’d love to sing on a track for Calvin Harris.

What’s your favourite thing about the UK?

My Dad was born here so we visited a lot and it’s always felt like home, so I love the nostalgia of it for me and the fact that I have roots here. I also love that everything is so old and full of history. I still freak out every time I see a castle.

Promote the s*** out of this new album! I’ll be releasing a new single and video off the album in the next couple of months so look out for that 🙂 Will also be playing more shows around the UK, including an album launch party in November!