Megan Fox opens up to Zach Galifianakis in a cover story for Interview magazine.

“In the past, I’ve been reluctant to share any bits of truth about myself or to really let people in on my reality,” she said. “So I have said some things to throw people off the scent of what’s really going on in my life. So I have sort of aided the media in printing these misconceptions, which I regret.” 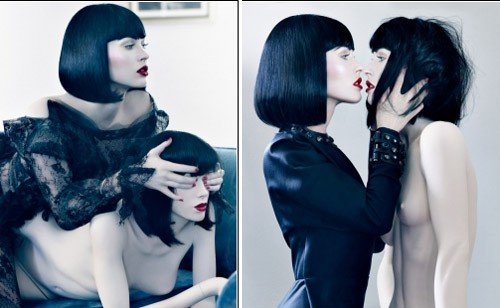 Megan also talked about the paparazzi.

She’s also good about unprompted name-checks (â€œIf I could just be Angelina [Jolie]’s girlfriend, I would be so happy. I want to eat Robert Pattinson. Olivia Wilde is so sexy she makes me want to strangle a mountain ox with my bare hands.â

I’m not pretentious enough to just sit around and think about how I’m a tool for the whole Hollywood machine. But it has crossed my mind. Megan Fox
Read more in INTERVIEW magazine
By Zach Galifianakis
Photography Craig Mcdean