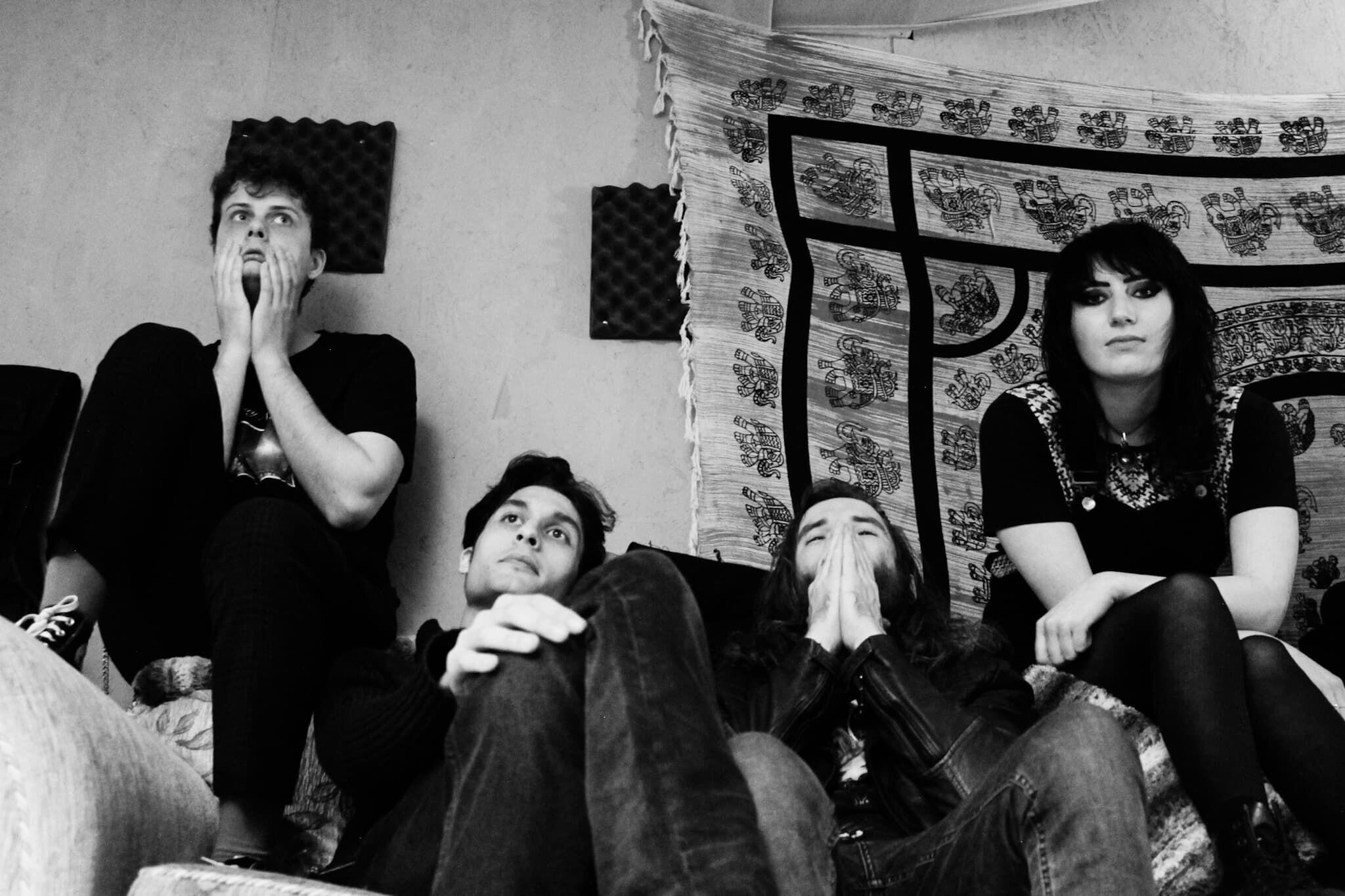 Hi Mary and The Ram how are you doing today?

Really good, just drinking tea. I love tea. Aside from that, I am having a little bit of an existential moment, freaking out over the meaning of life, whether I need to eat some shortbread while panic buying Christmas presents online and wondering whether I have made the right choices for people. Standard Britishness! Haha! You?

Feeling great thanks!…So…You have just released single Eclipse, can you tell us some of the themes behind the track?

We like to leave that stuff open to interpretation. How I take it is like this…it’s about the ghosts of heavy, dark relationships…y’know the ones. It’s the constant knocking of those memories, and this song is a way for Kiran [Tanna, vocals and production] to cope with that, and on a wider spectrum, a way for myself, and everyone who listens to cope too.  Mary and The Ram is absolute catharsis for us, and we hope that whether it’s one, ten or ten thousand people, we hope that some people find that too.

How does the creative process works a band when writing new material?

Well, it’s brand new from 2020, we are a full live band! So, myself and Kiran have locked ourselves away in the studio to write, record and produce our back-catalogue so far. Kiran is a little bit like Trent Reznor in a lot of ways, he takes my live percussion and moulds it, and adds these really cool layers and effects. I think we’ll still work like that for the odd track, as we can just smash stuff out in a space fuelled by caffeine and sleep-deprivation.

Still, we’re dead excited to work with Edward [Alan Logie, guitar] and Sarah [Shiels, bass] because they bring this frenetic, crank wave vibe to the sound. It’s much more Melvins’ noise rock or post-punk than industrial, and we’re really digging that. We’re currently working on a tune now, so we’ll hopefully sort that out for mid-next year.

I don’t think it does, but we’ll keep doing it anyway, if you like it enough to chat to me, that’s cool enough. If anyone else finds it and likes it, thank you for listening and giving us a chance.

As a York based band how has the music scene back home influenced your music?

So, we formed in York and that’s where Kiran is, but I’m in Hull, along with Eddie and Sarah. Kiran is happy for us to be called a Hull band now! Haha! I think the live sound will be much more gritty and influenced by Hull, but the polished, produced and vitriolic nature of our previous sound [how much of a wanker do I sound?] is very much a York vibe. I think Kiran likes the beautiful, decadence of York and that’s definitely influenced our lives [I spent several years there before spending time in the US, then coming back to Hull for work], and it’s a great place to live [York], but Hull has a determination and bleakness to it that inspires bands to try and do more with less. I love that.

York has wonderful bands like The Howl and the Hum and Bull that are doing amazing things now for UK alternative and indie music, and we do love their work, but unfortunately our music can’t be lumped in with that glorious sound, and we get called goth. There’s a really weird scene in York where everyone knows each other and I’m pretty sure everyone’s just having kinky sex, but then just bitching about it. We’re not a goth band, and other decent goth-ish bands from that area [like Berlin Black] don’t label themselves as such. I mean, I have a lot of friends in that scene, and I am proud of them for trying to keep it alive, but it needs more actual bands, and less people focusing on their image, and trying to rip off The Sisters [of Mercy] or The March Violets on like…every tune. So yeah, we are trying to distance ourselves from that tag, and move into a heavier, live vibe. Hull bands like LIFE, Modern Mood Swings, NEWMEDS and others are a big influence on what we are going for. It’ll definitely end up sounding more like noise rock though, just pure filth.

If it all fails though, I’ll see you at M’era Luna Festival in Germany [or something] in my corset and fishnets, pretending to play a synth…

Nine Inch Nails, Depeche Mode [did I mention we are trying not to be a goth band? Haha!], Tom Waits, Nick Cave, Have A Nice Life, Chelsea Wolfe, Melvins….

Nine Inch Nails – ‘The Fragile’, Placebo – ‘Without You I’m Nothing’ and Marilyn Manson – ‘Antichrist Superstar’.
DEFINITELY NOT A GOTH BAND. HAHA!

For those who haven’t seen you play live, what is a Mary and The Ram live show like?

We don’t even no yet but if it’s anything like our other bands, you can believe we will lose our shit up there [not literally], but we sure as fuck won’t be wearing PVC.