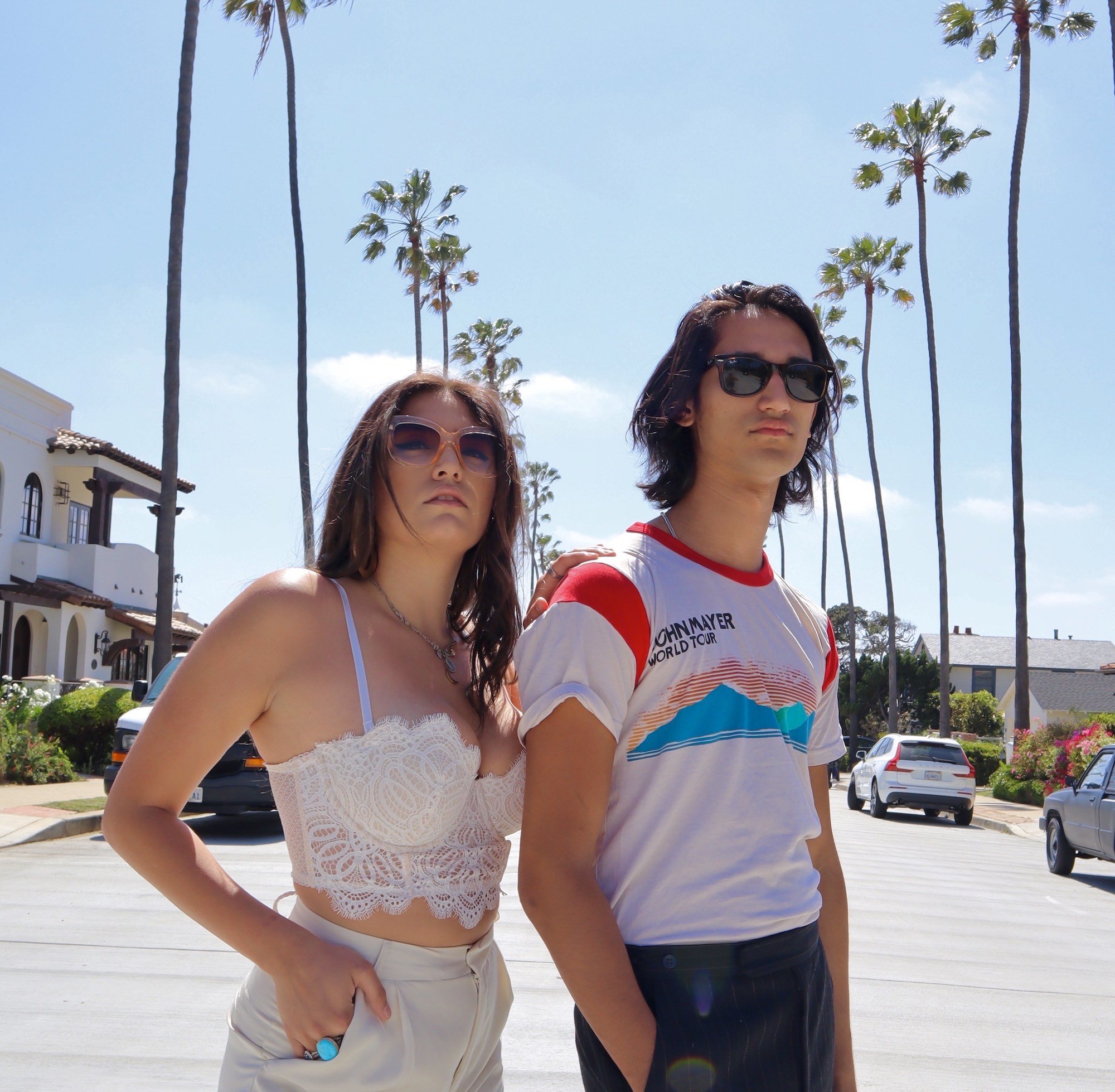 What’s the concept behind your latest single Out of Line?

Out of Line is the song that exposes the struggles one faces when reaching the end of a relationship. Wanting to be “out of line” is about giving in to the temptation to reopen the door that’s already been closed, and just for one night, dive right back into the past to try and get some closure.

In our writing process, we are really comfortable diving into our emotional past, and exploring past relationships. We’re always looking for those real emotional experiences and struggles; whether these be toxic relationships or simply two people growing apart and heading down different paths, we try and find recurring themes that we’ve experienced to base our songs around.

What kind of stuff did you grow up listening to?

Lou- My dad was always listening to blues and soul music (Sam Cooke, Al Green, Muddy Waters) so that’s a big part of my music background. Other than that, I’m a longtime John Mayer fan. He’s someone who’s really dipped his toes into loads of different styles actually and I think he’s a really great songwriter, and unbelievable guitarist.

Jadeyn- My musical background is a bit different than Lou’s. My mother not only had me in the late 90s but she also had me when she was a teenager so I was listening to a lot of NSYNC and Britney Spears at a really young age. I already was gravitating towards the pop and mainstream sound because of my mom so I would say some musical influences of mine would be artists like Amy Winehouse, Lana Del Rey, and Ed Sheeran.

When did you know you wanted to take music seriously?

We both started to think about music professionally when we were in our last year or two of secondary school/ high school. We both went and pursued a music degree at Berklee College of Music and graduated this past May.

What are you consuming other than music?

Since restrictions on quarantine have lifted a bit in California over the last few weeks we’ve been trying to get out of the house as much as we can! We’ve been taking drives and exploring SoCal beaches every weekend (wearing masks and staying 6 ft. apart of course!)

And finally, what’s next?

We are currently working on a bunch of songs right now which we are very excited about! We’ve really been able to take advantage of this quarantine creatively and have been able to fully focus on our writing and producing more of our own stuff. We are planning on releasing at least a couple more singles by the end of the year so there’s definitely a lot more to come from us very soon!