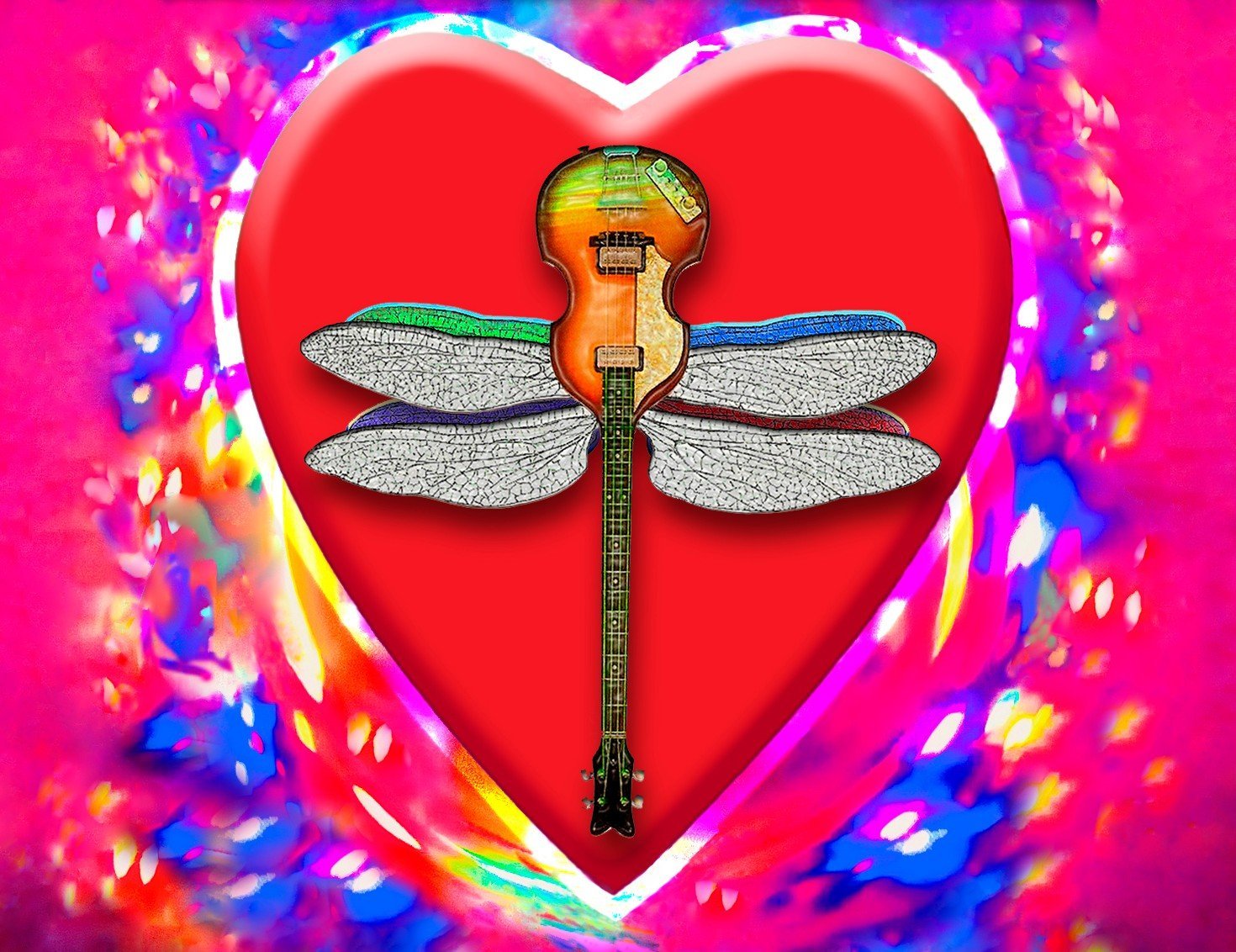 Jorie Gracen and Mario Novelli are the vibrant, free spirited masterminds of the genre bending group, The PondHawks. They have just unveiled their highly anticipated new single, Afraid of Love which is going to be released worldwide on July 26th, 2019.  With their own unique, signature sound, the Chicago based anomaly wishes to touch people with their poetry and harmonies.

I spoke with Jorie and Mario regarding their brand new single and their unique style as well as their inspirations and future endeavors…They are nature loving, free spirits and their music reflects that.

Where in Chicago are both of you from?

Mario: I’m from a little tiny town called River Grove, which we wrote a song about and did our last video about.

Jorie: I was born in Chicago and live in a suburb called Niles which is about 10 miles from River Grove.

Mario: She’s the Queen of the Nile.

I love that! I really need to know how you got the name The PondHawks?

Mario: Actually a pond-hawk is a dragonfly. It’s a species of dragonfly and in some areas they referred to them as mosquito hawks, but actually the logo came before the name. I had a Tiffany lamp and it’s got these dragonflies on it. They have a six-inch long body and maybe 6-inch long wings and I’ve got this miniature tiny Hofner bass. We use a Hofner bass in a lot of things. We are Beatles fans and there’s no mincing the words around it. So, I have this tiny little half-bass up on the wall that I got at the flea market and I was on the phone with one of the promoters. We used to be called a different name that we won’t talk about. We used to be in a different band. So, the promoter needed to know what we were going to call ourselves so he could make up these posters. I asked him to give us 24 hours. I was looking at the Tiffany lamp and I was looking at the Hofner bass, and I realized it was a symmetrical body of a dragonfly. Right off the bat I thought that was cool because I like word play when you mince two words together and also image play where you mince two images that were meant to go together. So I told Jorie, “I got it, let’s be The Electric Dragonflies.” She said “no, that’s like Iron Butterfly.” So, we’re both nature lovers and have read all kinds of books on nature. I was looking through a book and all the other dragonfly names were scientific names. There must have been one scientist that must have been a writer, and he named it a Pond-Hawk, and it wasn’t trademarked. It is now.

I can tell by your songs that you guys are free spirits and love nature.

Mario: Absolutely we like to be one with nature.

Tell me about the new single.

Mario: It’s called “Afraid of Love”, and it’s about somebody who had gotten burned in an earlier relationship, maybe. Or maybe they just grew up in this environment where they thought the more you stick your heart out on the chopping block the more it hurts. There was a Simon & Garfunkel song called “I Am A Rock”…”I’m a rock, I’m an Island, A rock feels no pain”…. so that was the message. You spend your whole life being a rock and never taking that chance but before you know it life has passed you by. That’s kind of what this is but it might have a surprise ending. There is a little bit of question, maybe I’m not afraid of love.

Jorie: We write a lot of poetry, but anything that comes into our head we start writing stuff. Way back we wrote all of these lyrics….

Mario: Using colors, different colors as metaphors for feelings and moods. But it was a psychedelic thing. There might have been some alcohol involved in that writing session. We had all those lyrics and we had choruses and I thought as long as we’re doing that we might as well go back to using these colors as metaphors. It was about love, and it just became this song.

Jorie:  Then we adapted the lyrics to the song.

Do you plan on touring or putting out an EP?

I feel that your music is very different. I can’t even place it in a genre.

Mario: I appreciate that you said that. We don’t like to stick to any one genre. Whichever way the wind blows us on any particular subject……we have a common denominator we love the Beatles and we love the Monkees. That was our era back in the day. Every song was different. There are some great bands and we will never be able to walk in their shoes, but every song is this same genre, the same thing. We write something a little different every time. We’ve even written a waltz. If you ever heard, “The Raven Flies Away”, it’s a waltz written about the spiraling last days of Edgar Allan Poe, and we used only instruments that would’ve been available during his time of life.

Jorie: We can pretty much write in any genre and we know that people will know our song. They will know that it’s The PondHawks.

Mario: Hopefully we have our own signature sound.