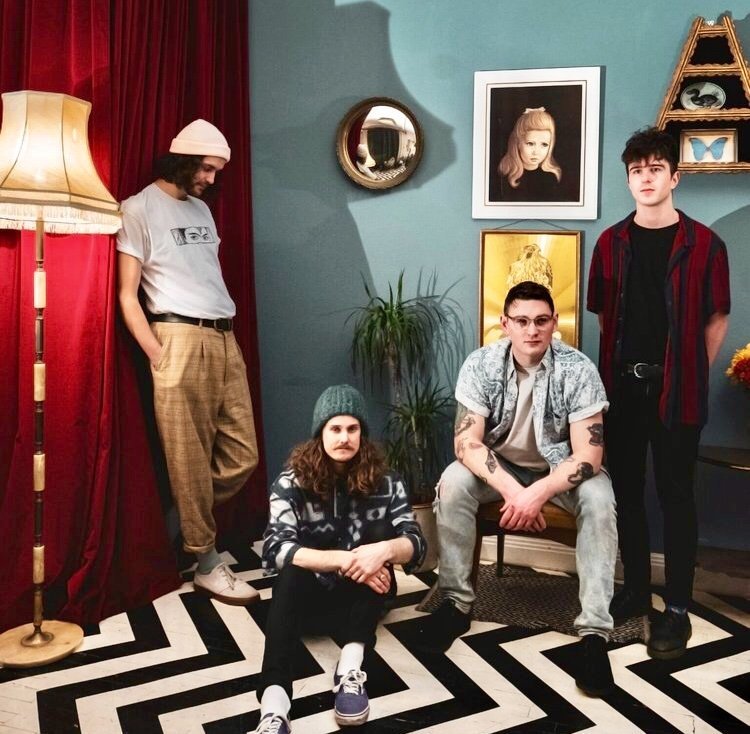 We had a chat with the charming guys from the Midlands quartet Superego (Cam Potts Tom Richards, Luke Joseph Harley and Samuel Beckingham).

Hi Superego how are you doing today?

You have just released single ‘Loose’, can you tell us some of the themes behind the track?

’Loose’ comes from the concept that ‘the more you learn, the more you realise how much you don’t know’. The idea that gaining some level on consciousness isn’t just a relief, it’s a weight, too. It also deals with my personal disillusionment with the political and philosophical state of the world, and my own frustrations in life at not knowing enough, I suppose! I like the connotations of the word Loose, too; because it alludes to things falling apart, yet also a kind of freedom, and that’s what I was trying to battle with in this song.

How does the creative process work for you and the band when writing new material?

Depends on the song, to be honest. Sometimes i’ll write everything at home, on logic, and then take it into the band and work it up. Other times, i’ll just take an idea in and we’ll jam it out and collaborate on each other’s parts. Both have their positives.

I think there’s a resurgence in guitar music at the moment, and we’d like to think we fit in the grunge, indie kind of scene. I feel like we’d slot into a lot of the festivals quite nicely.

As a Midlands based artist how has the music scene back home influenced your music?

Not a lot, to be frank. I don’t feel there’s a specific social influence that’s just concentrated solely in the midlands, it’s more of a a national and international influence, for me.

Any emerging Midlands artists you would recommend?

Absolutely. There’s a brilliant Notts outfit called ‘Do Nothing’. You’ve also got Soft Girls and Boys Club, who are another local Notts band.

There are so many! I often state that, for this outfit, my biggest musical influences would be Radiohead, Jeff Buckley, Elliott Smith and Nirvana. But then we love Bombay bicycle Club and bands like Gengahr.

Did you ask this question just to cause pain? Outrageously difficult. I guess the White Album, cuz you get 2 discs of unbelievable variety, and they’re all class tunes. Could probs do without Revolution No 9, though… Then I’d have to take Figure 8, Elliott Smith. Great record, and it’s a very sentimental one for me; I got it on the same birthday I got my first guitar. Big day haha. Aaaaaand we’ll probably have to go with In Rainbows.

For those who haven’t seen you play live, what is a Superego performance like?

Loud and a laugh! We’re pretty casual on stage, try to have a decent back and forth with the crowd, and we’re tight as hell; so you’ll dig it!

To release a few more singles, and then hopefully hit the road at some point in the autumn.