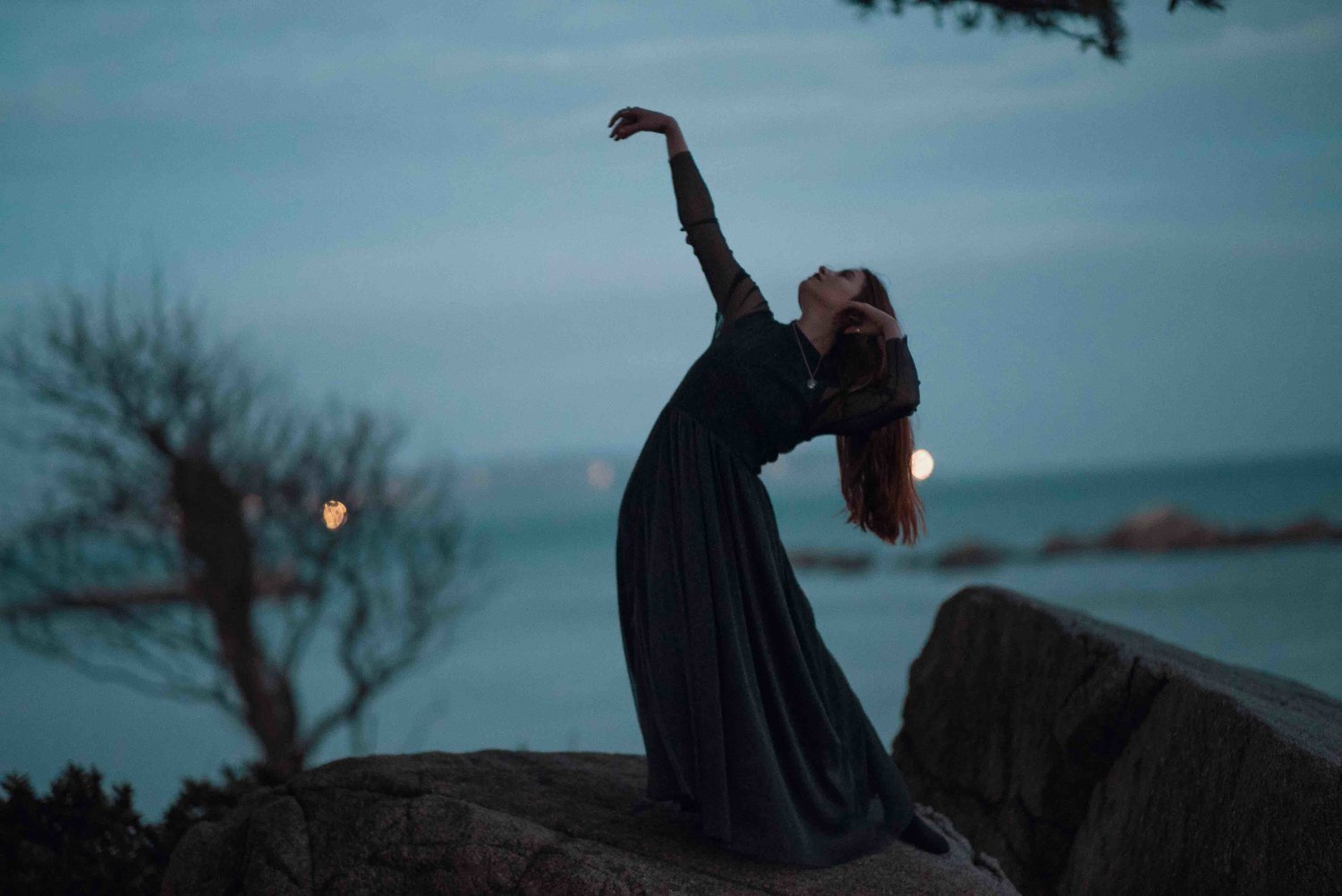 Fascinating Irish singer-songwriter RUNAH opens up about her debut album , called Strange, due for release on the 5th May via Beardfire .

Hi RUNAH, how have you been?

Hello! I’ve been good thank you, I’ve been visited by so many birds recently so my heart is happy.

Your album Strange is out soon. Can you tell us what it’s all about?

Yes, it’s is out on the 8th of May and I have something between a ritual and a show planned for the launch that will be amongst nature, so I’m very excited to share that. The album is about the wild woman archetype, the surrender to her, the wild anger and grief she brings up, the fierce love and pull she has and her recklessness brought into balance by the maiden, the mother, the crone and the priestess. The album is an exploration of you like, a bit like travelling around all the facets of the feminine divine. My experience but also watching others, men and women experience this energy. It is also magical the feline energy is the ultimate creatrix and changeable force, she destroys and renews all things. A bit like Saturn. The album is my way of telling that story.

You’ve performed all around the world. Does that influence your music?

My main fascination is people and human connection (also with animals, I love animals so much I think we learn a lot from them) and the land, Gaia. So yes, the more you see the more you can comprehend I suppose.

I love Lisa Hannigan and her storytelling. Yaima are one of my favourite bands. Aurora, Laura Marling, Agnes Obel, ahh there are so many I think I’m just influenced by anything I’ve absorbed.

I have an altar in my room and you can invite people into your coven. More from the point of view that you invite the energy they inspire so I think I’m most inspired by those who I bring into my own sacred moments as they’ve helped me to navigate something in my life or human experience.

Do you have any plans for this year?

So many, I’m really excited to launch the album Strange was such a pleasure to make Rohan Healy, Al Quiff and David Virgin who I made the record with at Beardfire Music are some of the most wonderful minds I’ve had the pleasure of meeting, the show we have planned for the launch is going to be magical and I’m excited to honour the work that has been put into this and share it. I also run yoga and live music workshops centred around creativity and embodiment practices that explore myth and storytelling to navigate unknown terrain so I am excited to use the journey of the album in those as well. I think it lends itself nicely to navigating that. There are probably things I forgot to mention but yes this year will be busy and full of offerings.

I’d love to perform at the Olympia, Dublin I suppose, it’s so beautiful. But one thing I am working on is bringing people together in nature for one-off shows to bring music into nature as an offering as well as a performance (I think I just want to be in the forests all the time haha!)

Ohh you know I would love to make a track with Bonobo. Some sort of magical electronic journey. I’d love to sing with Jason Isbell though that’d be cool.

Any artists you can’t stop listening to right now?

My favourite album at the moment is probably Yaima – Plucidity. Saint Sister and Aurora probably.