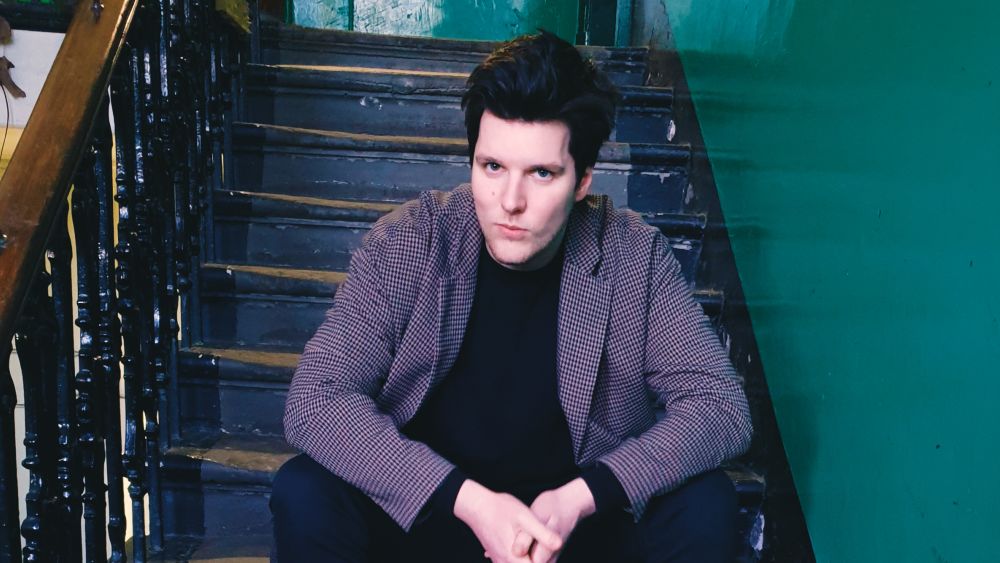 Hi Michael Timmons! please introduce yourselves to our readers:

What’s your new single ’The Games Room’ all about?

The Games Room is about my experience of dealing with grief and written about the passing of my father just over a year ago. I find writing about it in my songs and sharing it helps me process things.

You previously supported The Twilight Sad at the Barrowland in Glasgow, which is awesome! How was that?

It was incredible, the Barrowlands is a venue you dream of playing and I never really thought I’d get the chance. It was wild standing outside seeing the huge neon sign turning on and knowing that I’d be playing on the stage later. It was a really special night with a band I love and that I’m a huge fan of. I was in a bit of daze through it all stepping up on that stage on my own to play my songs. The crowd was really incredibly kind.

I find it quite cathartic sharing my songs live as there is quite a lot of me. I love connecting with an audience. My songs can be quite emotional and quite quiet too, so it can be a bit intense, so it’s good to be connecting with the audience – it’s alright, don’t worry I’ll be done soon.

Personally speaking my father has been a huge influence on my music. I grew up with him constantly singing around the house and battering his guitar. That always drove me to want to sing and also play the guitar. I don’t quite batter the strings the way he did though.

If you could collaborate with anyone, alive or dead, who would it be?

Having toured with The Twilight Sad it would be great to work on something with them. It was also brilliant getting to work with Andy Monaghan (Frightened Rabbit) on this new track.

What’s been you favourite venue to perform in Scotland?

Aside from The Barrowlands it has to be King Tuts in Glasgow. I got some of my first shows in there and have supported so many great acts in there over the years. It now feels pretty special to have my own headline show in there in a few weeks on the 20th of April.

Where do you see yourself in ten years time?

I never really think that far ahead, I just hope to get my second album out and have a few more listeners. Or have 6-7 internationally best selling, record breaking number 1 platinum albums.

Any festivals planned this summer?

I am spending the next while finishing off writing the second album and this summer recording.