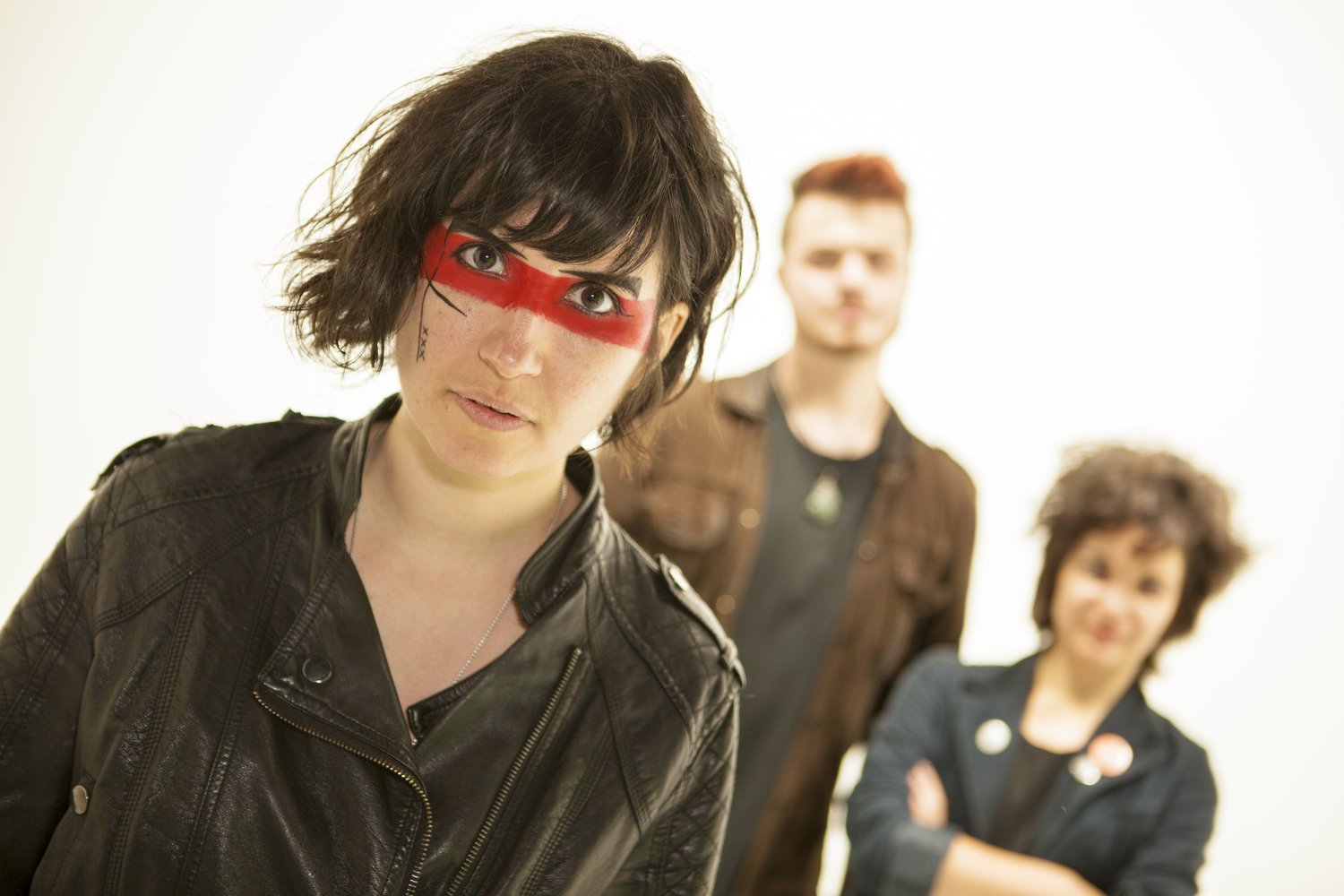 Hey MeMe, how are you doing today?

Hi there, I’m good thanks. Just awoke to the cat being sick so cleaned that up. Now I’m ready to start my day. It’s admin day today!

I’m MeMe Detroit, a singer, multi-instrumentalist, songwriter hailing from Birmingham. I play out as a 3 piece animal alongside my ace Bassist Paris Moon Fennell and live drummer Nick Sharman. I’m also the founder and runner of label, SoulRock Central

Your new single ‘De Moe’ has just been released, can you tell us what it’s all about?

De Moe, meaning “The tired” or “The weary” in Dutch was inspired a little by an old friend of mine and by the way humans have this mad knack of emanating negative energy. Ever honed in on conversations in public? It’s pretty funny. 90% of the time, it’ll be a whinge or moan about something or other..even if it’s something positive it’ll be followed by a “but this…but that” ha. I used to do it myself all the time…it’s just our programming from media and past generations. De Moe is kind of me shouting out to the world to switch it round, let go of all that neghead thinking, tune in to a positive mindset and life will suddenly become so much happier and more fulfilling. Next time you catch yourself sticking a “but” on the end of a positive sentence, stop, let it go and just revel in the goodness of that positive.

The single’s taken from your EP ‘Life In The Now’ – are there any themes running throughout the EP?

Sure, as you’ve probably noticed I’m a big believer in positive mindset and energy. I wanted to make a record that relays that positivity and energy in sound and lyrically.

As a whole there are so many influences across the board but main ones I guess would have to be bands such as Radiohead, Foo Fighters maybe with a touch of Yeah Yeah Yeahs in there for good measure.

Being based in Birmingham, how do you find the music scene there?

There’s a really awesome underlying buzz and scene in Birmingham at the moment. There’s so many killer bands on the cusp of breaking out, Birmingham’s about to spew out some world class talent like a raging volcano. It was dubbed recently as ‘The Madlands’ which at first seemed to apply to the big indie scene here (Bands like Riscas, Sugarthief & Ivory Wave) but there’s so many artists of other genres breaking through as well, from rock (check out Blue Nation), Electronic (Lycio) to reggae (Kioko) and hip hop (Lady Sanity) it really is mad, in a mega exciting way!

Are there any other local upcoming bands you’d recommend we check out?

Damn, Got carried away and kind of answered this in previous question. Lol.Definitely check out Blue Nation and a band called Sulpher, I love Call me Unique, she’s ace, ooh and Ed Geater.

We’re currently writing the next album and heading into the studio beginning of next year to record it. Then we’ll be busy touring to promote it with plenty of single releases in the run up to it. I’m documenting my journey as an independent artist and label owner via the YouTube channel MeMe D TV and have lots of exciting things in the pipeline with that. I have also been writing and producing the soundtrack for a British film called Relentless, due to be finished in Jan. It’s been picking up a lot of awards already off the back of the trailer including a recent award for Most anticipated soundtrack (no pressure ha), it’s going to be exciting seeing what unfolds with that for sure.

The EP and other past releases can be found across all major platforms or in physical format from the official shop: smarturl.it/MDSHop

Ace chatting to you, thanks!