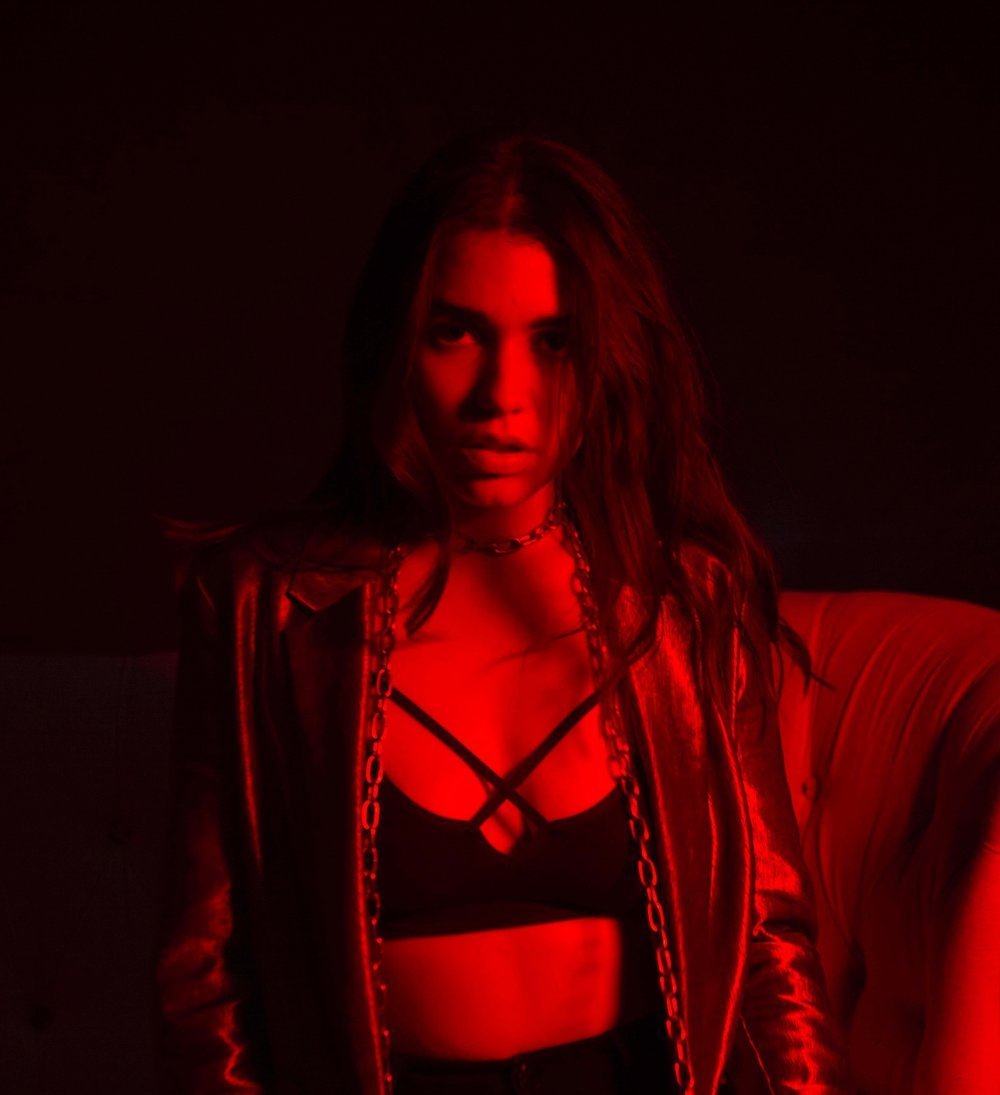 So, what’s up, FLAVIA? What’s on your mind right now…?

Food, a date I went on last night, aaaaand how excited I am to release my music video tomorrow! So much love and hard work went into it so I’m excited to share it with the world.

Can you tell us everything we should know about your new track ‘I Don’t Wanna Be Here’?

I don’t know if I can tell you everything 😉 but I will say that it’s about that feeling of not being able to imagine your life without a person. But because of that, you’re also so scared of losing them. The song is partially about a woman I was dating and partially about my long term boyfriend. It’s a celebration of love regardless of gender, race or sexuality.

You lived in Ireland, Italy, and just about every corner of the US before landing in LA…So. Why did you chose to stop in LA?

I moved to LA to study music at Calarts, and then well I guess I never left! Now I’m living the cliche LA dream.

Weirdly enough I’ve been asked this question a lot, so I’ve had time to thoroughly prepare my answer. Lol. I’m part cat, specifically a domesticated jungle cat, and part squirrel. I think squirrels are the biggest hustlers. You never see them sleeping, they never stop. They’re just always looking for that next nut. They’re also a little bit forgetful. Das me in a nutshell (pun intended).

I’ve been obsessed with all the incredible female pop artists emerging right now. Jessie Reyez is a badass, Bulow, and Sasha Sloan. I’ve also been dancing around on my own at home to Joki Freund Sextet –  FEEL GOOD jazz that gets your day started right. You can’t help but smile and jump around.

I’m so sad that I don’t remember this. I’ve always wished I could but I guess it wasn’t a momentous occasion. Probably Britney Spears or something like that

How would you describe your fashion style.

My next show is on January 12th at Paramount Academy of Music and you should DEFINITELY be there because it’s a fundraiser for a new music school in LA! It’s also in partnership with Radiant Space and I’ll be playing in the coolest art installation. I’m very excited about it.