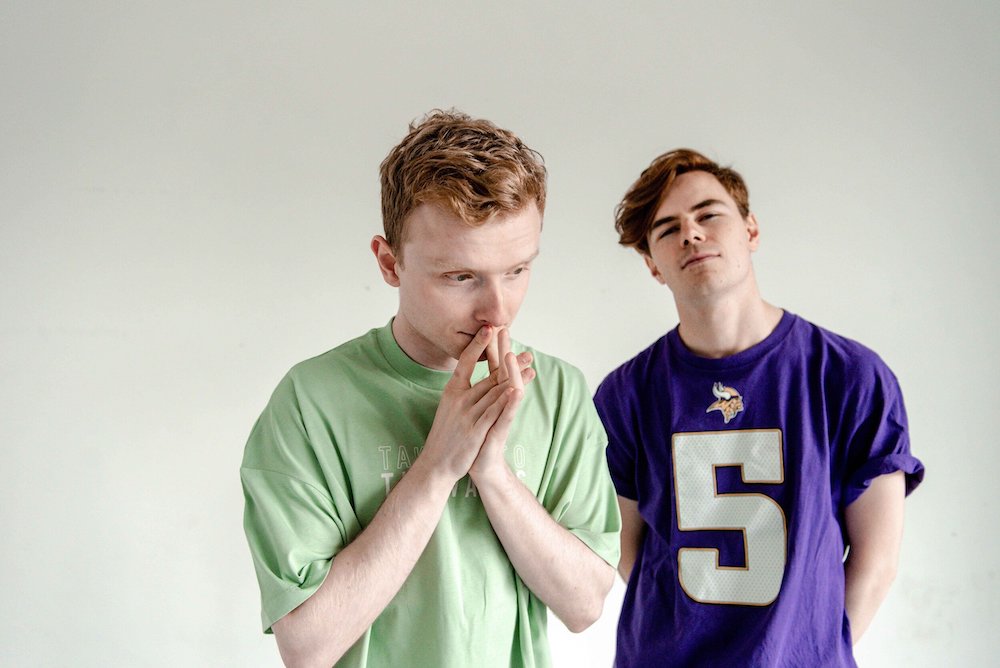 Hi Kendama how are you doing today?

We are doing well thanks! Both of us have picked up killer colds right before we head out on tour, but we are powering on!

You have just released single Closure, can you tell us some of the themes behind the track?

Closure is about being incredibly close with someone, and then at some point down the line the connection between you just isn’t the same. For a while you fight for it, looking for a spark or anything that was similar to how it was before. People just drift away sometimes and that’s fine, but this is about when that person just stops talking without any particular reason. You reach out and there is nothing back, so at some point you just think enough is enough and move on. End the chapter, close the book.

How does the creative process works a band when writing new material?

All of our songs start with Stuart writing at the piano, coming up with the basic structure, melodies and lyrics. Early results could perhaps be compared to Lewis Capaldi. Then we take the introverted ballads that we start with, John writes a raucous drum part, we add as many crazy synth sounds as we can, and we make them massive, anthemic, uplifting bangers.

I think that because there is such an abundance of music available to everyone nowadays, a lot of people are looking for something that surprises them and pushes their comfort zone a bit. I’d like to think that our music is accessible to people of varying music tastes, but that it will also challenge their ears in one way or another.

Also, I think that an artists live show has become the most important aspect of what they do, and the best way to fully experience what they are all about. That’s great for us, because the live show is what we are all about.

As a Scottish band how has the music scene back home influenced your music?

Scotland really punches above it’s weight in terms of all the incredible music that comes out of it.  It’s hard not to be inspired by Scottish music really, even stuff you wouldn’t naturally assume due to the music we make.  Chrvches, I guess are an influence with the big synth sound but also Frightened Rabbit are a huge influence in terms of songwriting and lyricism.

There’s so many that we could go on forever, but some of our favourites who we’ve had the pleasure of playing with are LaKyoto, Amy Lou, Hyyts, Saint PHNX, Russell Stewart and One Nine.

We have so many and they all come in to play at different stages. Here’s a quick summary of some of our most prominent influences (by no means exhaustive);

Overall, and probably most evidently, our biggest inspiration is Twenty One Pilots. Seeing a two-piece band make that kind of music and perform they way the do made us realise that we could do the same thing, and that we didn’t need lots of band members to make massive sounding music or be exciting to watch live. So many different amazing artists influence what we do but ultimately we aren’t trying to be anyone else… what would be the point?

John: Parade of Lights – Feeling Electric
Neck Deep – Life’s Not Out To Get You
Biffy Clyro – Opposites (Is having a double album cheating?)

For those who haven’t seen you play live, what is a Kendama live show like?

Someone summed it up pretty nicely for us when we played a show up in Thurso at the start of summer, they said ‘it’s like seeing a punk Chvrches. There’s addictive pop hooks and large, shiny production, but it’s combined with ferocious energy and conviction. All of the bands that we love watching live most bring all the passion they can muster to their shows and leave nothing on the stage, and that’s exactly what we do as well.

We’re heading out on a tour of Scotland to follow the release of Closure which will be great fun! Then we’ll be kicking off 2020 with another single release, our first Glasgow headline show and then lots more touring.