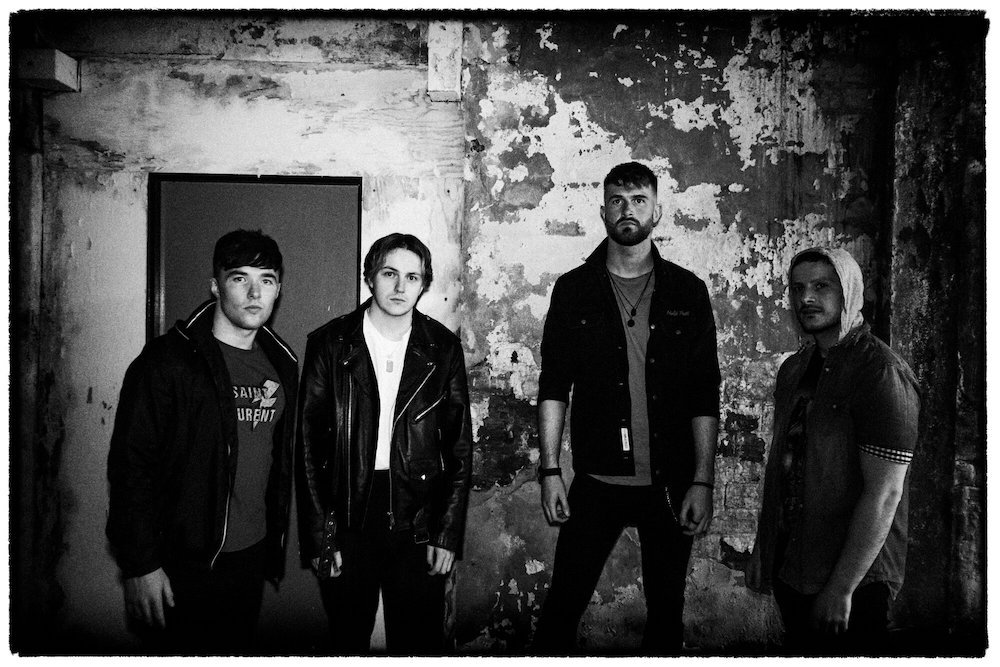 Hi Kamora how are you doing today?

We are doing good thank you!

Good Good!…You have just released single Wild Thing, can you tell us some of the themes behind the track?

Initially Wild Thing started off as a catchy lead guitar riff and developed from there. The song is upbeat & energetic in sound, yet it is themed around how difficult it can be to untangle yourself from a toxic relationship. It was written with a close friend in mind. We had witnessed how harmful & negative his relationship was, & how the longer it went on the less able he seemed to be to remove himself from it. It’s about finding the courage to remove yourself from the things & people that don’t benefit you. It’s hard to think clearly in a toxic relationship.

How does the creative process work as a band when writing new material?

It can vary. A lot of the time songs will be built around a catchy guitar riff. Or some random scat singing. And then all of a sudden it can develop into the blueprints for a song. We have a backlog of songs ready to record so we are eager to get in the studio as much as we can over the next year. Individually, all band members have good writing ability but when we put our heads together and work on something from scratch that’s where our best work comes from.

Each individual member has a unique musical background. Therefore, as a band we have a wide variety of influences. These range predominately from Indie-Rock, Hip Hop, Metal & Blues. We think the result is a colourful, Alt-Rock blend that your gran could still enjoy, but is mostly aimed at your rebellious teenage son & daughter.

Stick us on the shelf next to The Amazons, The Hunna & Kings of Leon.

As a Glasgow based band how has the music scene back home influenced your music?

There are so many talented bands & artists in Glasgow and throughout Scotland right now. Casual midweek open-mic nights can end up being star-studded events. Seeing local artists like Fatherson & Lewis Capaldi doing so well is brilliant. It’s all great for Scotland. Now all we need is a bit of good fortune with our National Football team…

Bubbatrees. Check these guys out! We played a gig with them a few months back and their new single ‘Daddy’s Little Evil’ is a banger!

This could end of being the most diverse list you have heard, but from a ‘Rock Music’ point-of-view we would say Johnny Cash, Jesus & the Mary Chain, The Smiths, Radiohead, King of Leon. We will leave all our hip-hop, metal & ‘guilty-pleasure’ pop bands out of this list…

Radiohead – Hail to the Thief (Would have said ‘OK Computer’ but the track ‘Fitter Happier’ gives us nightmares).

Kings of Leon – Because of The Times (Full of absolute bangers from the start to finish).

For those who haven’t seen you play live, what is a Kamora live show like?

Full of pints & comradery. We treat our extended team of photographers/videographers & fans like part of the band, and will be sure to give an energetic performance. Hopefully you’ll be humming some of the songs the morning after.

We have just finished up our next single Difficult which takes a slightly different direction musically. We hope to release it at the start of the year. We are busy securing gigs & festivals slots for 2020.