Hi Jo Marches! Please introduce yourselves to our readers?

Hi! I’m Jo and I release music and perform under the moniker Jo Marches. I’ve been working with producer David Hoogerheide since my first single ‘The Night’ back in 2016. Together we like to create synth drenched psychedelic pop tracks.

Your new EP ‘Day In Day Out’ is out now! Can you tell us what its all about?

The EP is about creating freedom by letting go of old ideas and I try to write songs about big themes translated to personal situations.

For example: Monsters is about the fear of monsters, the change in the current political climate and the rise of right-winged populists in Europe. It really scares me! And Clearing is about the discussion I have about feminism with my male friends. It’s sometimes difficult to make them see what it means to be a woman and what hidden and visible patterns of inequality are part of daily life as a woman.

You’ve also just released the stunning video for your single ‘You’ll Be Mine’, what’s the idea behind the video?

The video is directed by Iris Deppe. The song is a tongue-in-cheek track about the ritual of flirting. Some guy had said to me: ‘I’m not worried I know one day you’ll be mine.’ which was way too confident and scary. In the video you see me at the beach doing a witchy ritual with a polaroid of a non-disclosed person. That line ‘You’ll be mine’ has kind of a creepy tone to it so Iris said she wanted to do something witchy in the video so we drove to a beautiful natural reserve on the island of Texel and shot the video.

You’ve been compared to the likes of Bat For Lashes and Lykke Li, would you say they’re fair comparisons?

Well I’d say that’s more than fair! I’m honored. I love both artists although I think they both make more pop music than I do. 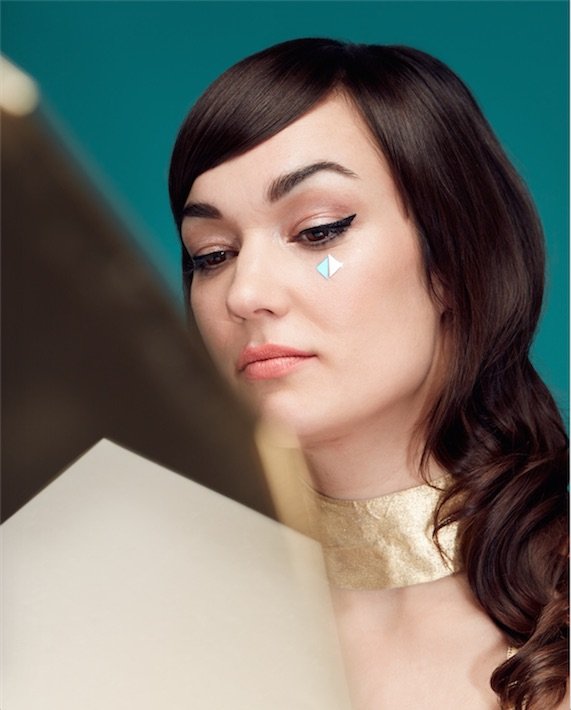 We played after her show at one of the bigger venues in Holland. I’ve been a big fan of PJ Harvey since I was 15 and I had never seen her perform live! So it is was a huge honor to play the after show, but it also meant I couldn’t see her show until the end.

Right now David and me are in Berlin writing and recording new tracks. Hopefully we’ll finish a new EP before the new year. When we get back home we’ll opening for the Belgian artist Faces on TV during his Dutch tour. Really excited for that!

What’s the music scene like in Utrecht at the moment?

It’s kind of a small city in Holland but for its size it has a lot of venues and festivals to play as an artist. There are some interesting musicians living there (Amber Arcades, Sofie Letitre) and it’s home to the very cool festival Le Guess Who?

And of course Holland is such a tiny country that it feels like we’re actually one big city with Amsterdam and Rotterdam.

Will you be touring any time soon?

I really hope so! We did a tour in Ontario, Canada last year and that was awesome. Hopefully we’ll be doing some shows in Europe next year.

And finally, any last words?