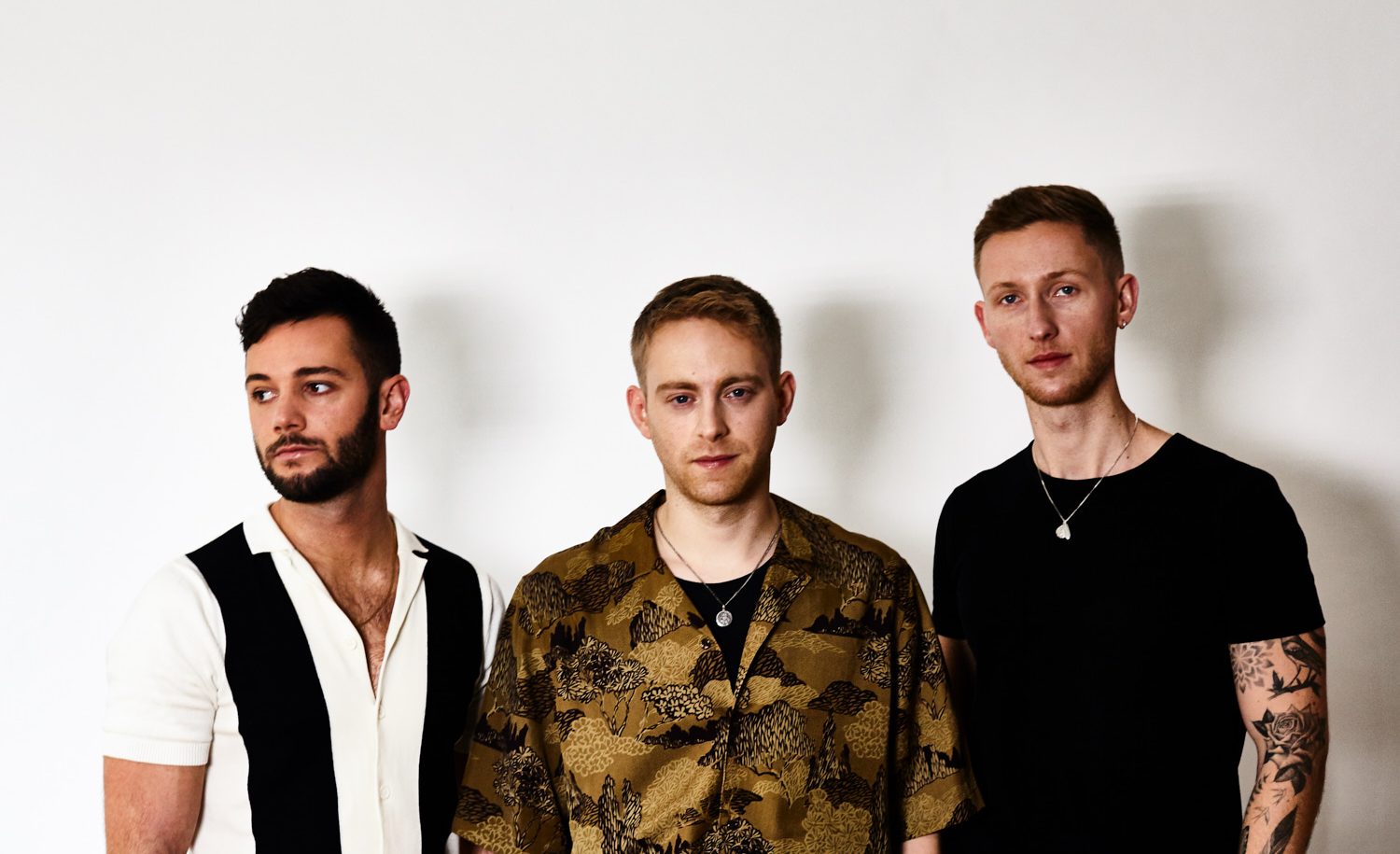 For people who have never come across Flawes before, how would you sum up your sound in 3 words?

How and when did you guys meet?

Huss: JC and I went to high school together, we grew up playing in different bands and randomly bumped into each other in London one day when JC had began writing for flawes. Freddie was introduced through a mutual friend, we had one rehearsal, it clicked and the rest is history.

You guys took a break from touring in 2017 to focus on honing your sound. What inspired the change and this new sound that you guys returned with last year?

Huss: We always knew how important it would be to make a record that was truly us, an album that was cohesive and made sense. Our sound naturally developed into what it is today over the last few years writing together and we’re so happy at how it turned out.

How long has the album been in the works?

Huss: We’ve been writing ‘highlights’ since 2016/17 I think. Although track 1 ‘Look No Further’ was started back in 2015. That song really set the tone / shaped the album sonically.

If you had to sum up the inspiration behind the album, how would you describe it?

JC : I find inspiration from loads of places. The album features a series of open letters to myself as well as a few songs about love and heartbreak. I keep the lyrics fairly ambiguous as I like to let the listener attach their own sentiment to the song.

The production on the album is impeccable, where did you guys record it and what was the process like?

JC : Thanks, we recorded the album between London and Los Angeles. We were super fortunate to work with amazing producer and friend Lostboy too. He definitely helped all the songs on the album sound cohesive and like they are meant to be played after one another.

When it comes to songwriting, do you write about personal experiences or follow different methods?

JC : It’s a mixture really, I never like to put any rules on myself. Sometimes the songs are about previous relationships, relationships and problems friends are going through. Sometimes it’s as simple as over hearing a phrase on the tube that I like and creating a whole imaginary story around that.

The album features collaborations with the likes of ROZES and Sad Alex, who would be your all time dream artist to collaborate with on a future project?

JC : I’d love to see what it’s like to collaborate with someone I idolised when I was like 13. Personally it would have to be someone like Chris Martin, Matt Bellamy or Thom Yorke, that would be the dream!

You recently came off of a tour with US indie pop trio AJR, how was that?

FE: I think it actually surpassed all of our expectations! The crowds were so responsive and it enabled us to play in countries we’d not yet performed in. The AJR guys made us feel really welcome too, hopefully we’ll tour with them again some day!

Will you be taking the new album on the road? Any future touring plans you can fill us in on?

FE: There are lots of things in the pipeline but we can’t announce just yet unfortunately! As soon as we can we’ll be shouting about it on our social media channels and at flawes.com.

It’s taken a lot of hard graft to get to this point and now you guys are kicking off 2020 and the new decade with a bang, what can we expect from Flawes for the rest of 2020 and the following years to come?

FE: I think we finally feel like we’re making the kind of music we’ve always wanted to. Playing the songs live is incredible, so as much of that as possible! We hope that the future hold lots more new music and lots of touring. We’re here for a fun time, and hopefully a long time!