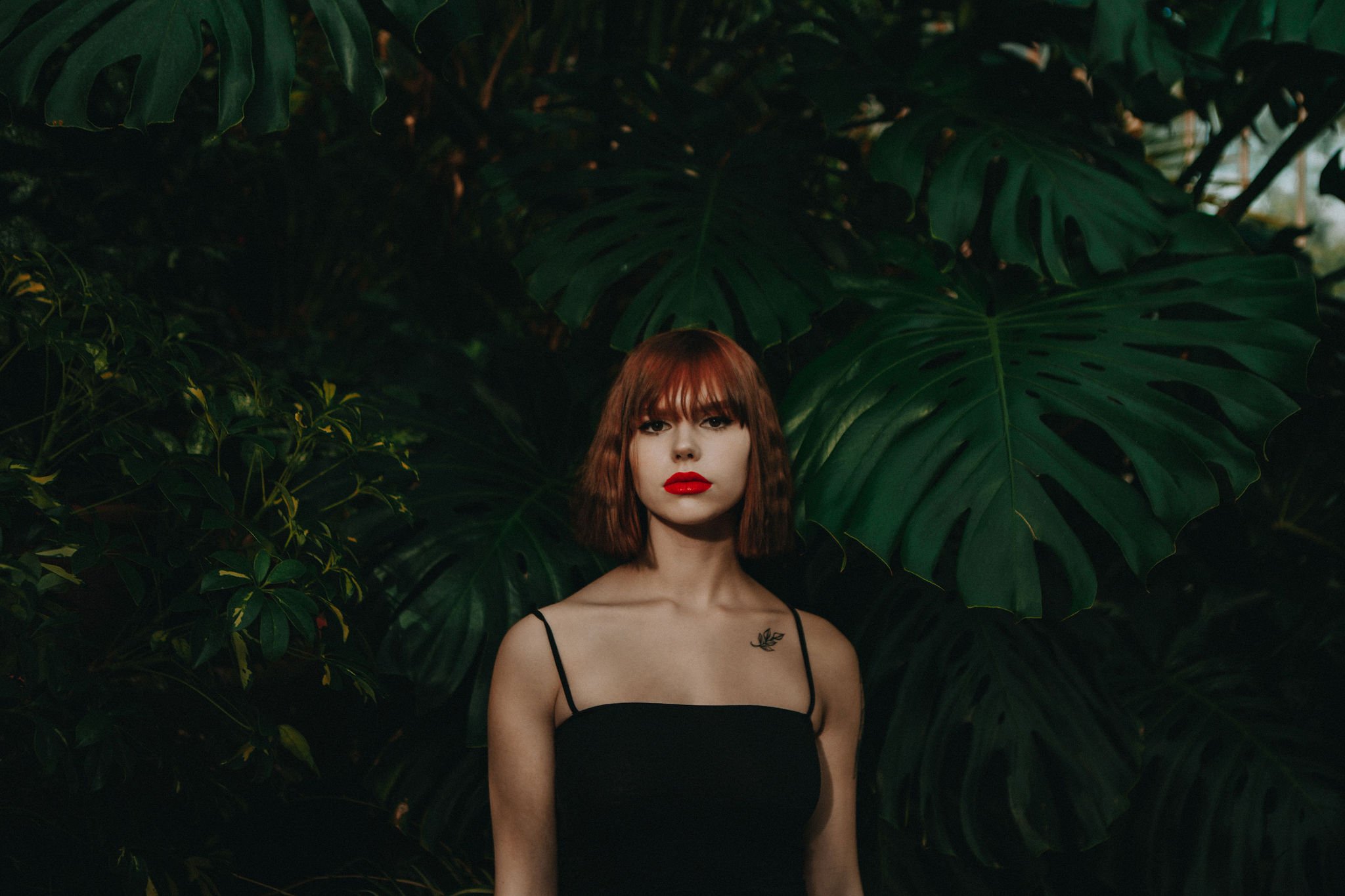 Moody pop noir is how this new duo from Belfast are described – which was enough to pique our interest. Meet Rio and Gerard, aka Dark Tropics. They’ve just released their debut single, Badlands – which they’ve said is their attempt to ‘capture an epic feature film in 3 minute pop song’ – sounds intriguing right? Have a look and decide if they’ve managed it. We vote yes!

With only one single out, there’s not masses of information out there about Dark Tropics, so we thought we’d ask them a few Introducing questions to get to know them.

Welcome to FM Magazine. First up, Who Are Dark Tropics?

Dark tropics are a band/duo made up of Belfast based musicians Rio
(singer, songwriter) and Gerard (guitarist, songwriter, producer).

GERARD: I’d been on the look out for a singer for a while. Just over a
year ago I saw an ad online from a singer based in Belfast looking to
perform live in a jazz band. Although I didn’t want to play jazz I
thought it was intriguing so I messaged Rio and she emailed me back from
Morocco where she was volunteering, seeming interested. She sent me this
really jazzy voice note of her singing ‘crazy’ by Gnarls Barkley
acapella. It sounded beautifully strange so we organised to meet on her
return. At our first meeting we discovered a mutual appreciation of
Radiohead and The Rolling Stones song ‘Sympathy for the devil’ and
decided to try recording something.

RIO: The first time we actually met I was just out of work, my manager
had made me re-set half the restaurant because the salt and pepper were
on the wrong sides so I was not only horrendously nervous but also late
(very typical of me). I was surprised at how well we got on and how much
we had to talk about! As soon as we met I abandoned the jazz band I was
planning on busking with.

We like the name Dark Tropics a lot. Where did that come from?

RIO: Gerard had the name planned out already, but I felt it fit almost
instantly; everything about my life is nature, from my travel
destinations, to my tattoos, to my childhood. Why wouldn’t this?

GERARD. It’s so tricky to find a good band name that hasn’t already
been used. It’s close to impossible. Those 2 words shot into my brain
one day and I thought I’d use them for a song title. When Rio and I
recorded our first demo I knew it was the perfect name for us.

Describe your sounds in 3 words!

Tell us about the new single, Badlands:

RIO: The lyrics were very much inspired by classic American Westerns,
with the music being drawn more from film noir and dark speakeasy piano
ballads. We thought we could marry those and we think it’s worked.

GERARD: Badlands is our attempt to capture the feel of an epic western
in a 3 minute pop song. It started life as a kind of stumpy acoustic
Johnny Cash country song but when we got to the studio it completely
changed and became a far more delicate piano thing.

Who are some of your musical influences?

What can people expect from a Dark Tropics live show? Any plans to tour the UK soon?

GERARD: We’ve been working on making our shows a unique experience
with our own original stage designs and lighting. We intend to play our
first London show at the beginning of the summer and follow that with a
UK tour by the end of the year.

GERARD: We’ll be finishing our debut album and starting to work on a
film documenting our first year writing and recording together. The
first half of 2020 will see us release a series of singles and videos.
Dark Tropics  debut single Badlands is out now on Quiet Arch Records.