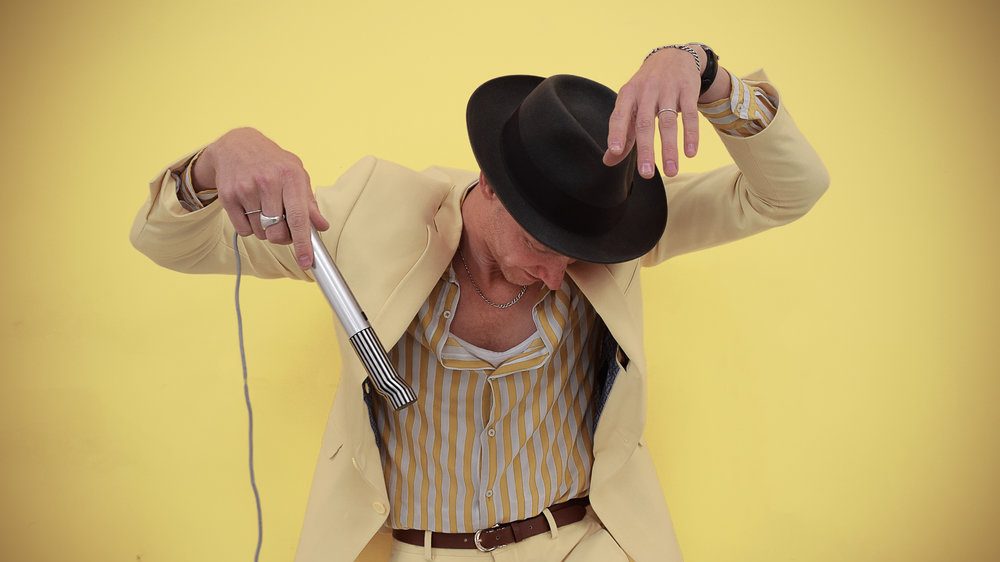 Hi Christoffer how are you doing today?

HI Fame Magazine I’m great thanks and thank you for having me.

Your new single ‘Infiltrator’ has just been released, can you tell us the themes contained within the song?

Yes my single was released on November 9th. The song is inspired by the James Bond movie ‘Moonraker’ from 1979, with a flamboyant and superior Roger Moore in the role of Agent 007.

How does the creative process work in terms of coming up with lyrical content and marrying that with the music?

I always come up with a guitar theme for a song at first. Shortly thereafter I get a visual picture in my head, then I write the lyrics from those pictures. I find a lot of inspiration in old movies and photos.

As a Danish native how has the music scene back home influenced your music?

I’ve been playing guitar in many different bands over the years and the inspiration for my music is to get as far away from that as possible and to stand out from what I know and come from.

Any emerging Danish artists you would recommend?

I think that Alex Vargas is a fantastic Danish artist – check him out.

Who are your biggest influences as an artist?

Bo Madsen (former guitarist in Mew) inspired me in 2004 to start playing the guitar and has been my hero for many years.

If you were stranded on a desert island which there albums would you choose to have with you?

Good question. A place where people appreciate music that sounds organic and genuine, I guess.

For those who haven’t seen you play live, what is a Christoffer Berg performance like?

I’m going to complete my debut EP with my producer Jakob Winther.