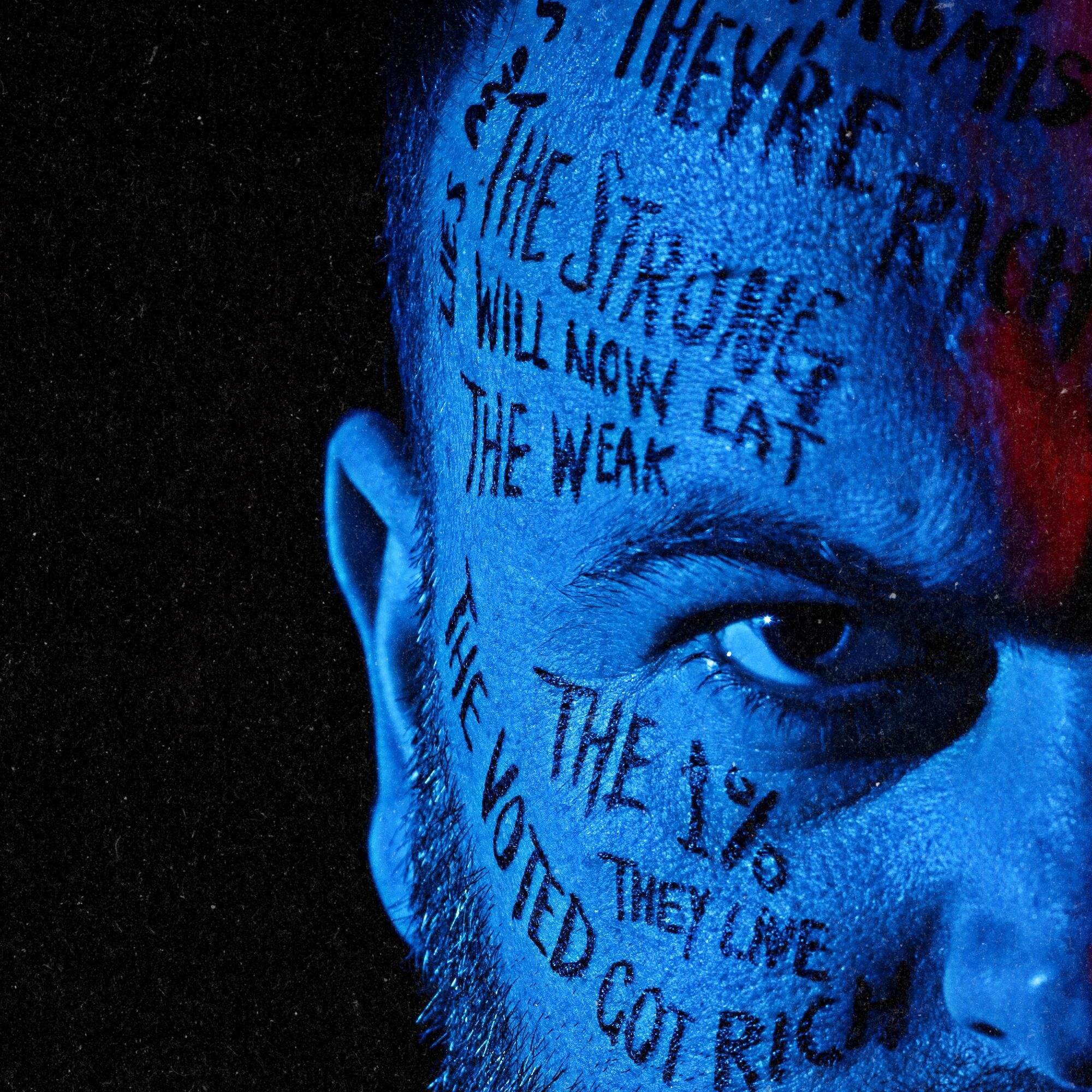 Hi CAFOLLA! How are you today?

Hi guys, I’m in a good place – just back from a screening of my official video for the new single 1985 at the Dunfermline Filmhouse / Outwith Festival.  Was amazing seeing it up on the big screen and sitting with an unknown audience – got a lot of kind words after, that’s a good day!

I’m CAFOLLA, Glasgow-based artist/musician and I am releasing my first solo record ‘COWBOYS & AFRICANS’ in the next few months. You might know me from my other outfit ‘FEDERATION OF THE DISCO PIMP’.

I’m questioning the society we live and function in, and who it ultimately serves, and I’m asking the question ‘what can we do about it if we don’t like what’s happening to us all?’  I  choose the 80s because there was a big boom in consumerism / yupp-ism throughout that period, but I’m drawing parallels to now because it’s never been so rife as it is today, again society has set it up this way with 24hr everything and the instant gratification culture we’re constantly immersed in.  I chose the year “1985” as in ‘Back to the Future 2”, that’s the year the alternate timeline happened, Hill Valley went to sh*t and they got the Trump-like Biff Tannen running the town.  They actually modelled him on 80s Trump….it was an open goal.

I’d love to score a movie for Quentin Tarantino!

You also front the award-winning group Federation of the Disco Pimp – what made you decide to go solo?

It’s not so much going ‘solo’ rather than i’ve written a bunch of songs that wouldn’t fit the ‘FEDERATION’ mould.  ‘CAFOLLA’ can be my voice for my opinions, expressions & observations that represent primarily myself.  I write so much about what’s going on in today’s society and didn’t think putting these topics under ‘FEDERATION OF THE DISCO PIMP’ gave it much of a chance of getting those points across.  What I write for ‘FEDERATION’ can just be pure unadulterated FUNK! ‘CAFOLLA’ can be it’s own beast.

What was it like sharing a stage with Nile Rogers?

To open for him was incredible, not only what he created with CHIC (Everybody Dance, Freak Out etc) but he produced everyone from Bowie to Daft Punk.  Quite simply it was an honour.

To release the new record ‘COWBOYS & AFRICANS’ (in the new few months) then have a launch show & listening playback party for it, and to just spread the word about it all.

Support the Artist – Buy & Share our music, it’s the only way we can keep making more!