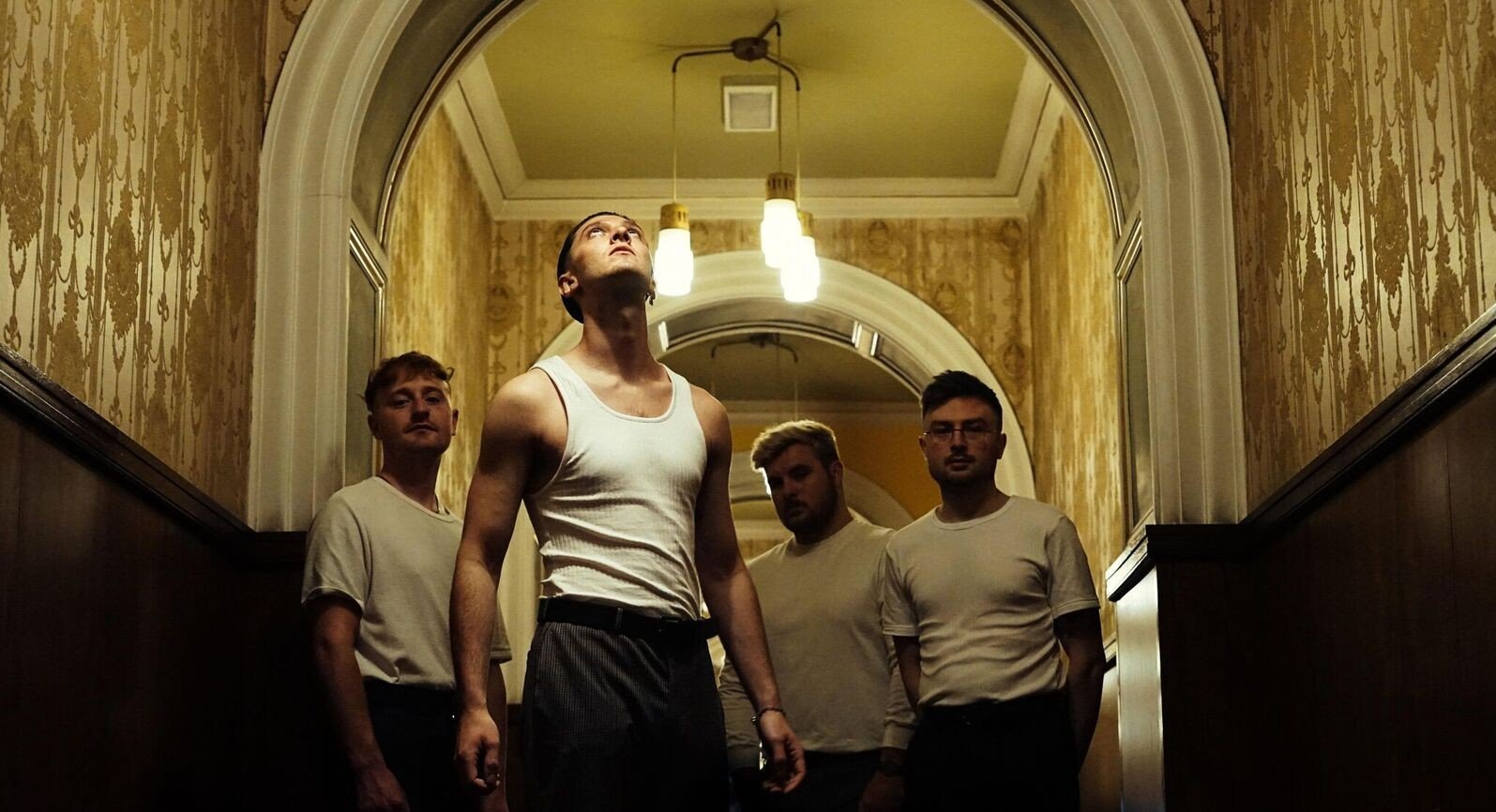 Hi Bubbatrees how are you? (Andy) Hi!

For once the sun is out in Scotland so I couldn’t be better!

Your new single Alchemy has just been released, can you tell us the themes contained within the song?

The song was written around the idea that we are losing touch with an old way of life and transgressing into an ever evolving digital age, and so one theme would be evolution. The opening line ‘They tell me awful lies’ relates to the modern fake news and social media culture that we live in, and the chorus line ‘All that is contained is forever young’ pushes the theme of what I imagine to be a certain prehistoric immortality that lies within every human being. Alchemy by definition is the transformation of a base metal into gold, and this song takes this idea and builds upon it metaphorically, to show that our old ways of life are transforming into something new. The song is a longing for an easier time that is now gone, but the chorus is a screaming reminder to every human of our spiritual immortality.

It can vary, but the majority of the time I will come up full song ideas, record them in my room and then take it into the studio to build upon with the rest of the guys. Other times Cameron may have ideas recorded and we build upon them and on rare occasions we will be jamming and a song will materialize from that. Usually I have a good idea of how I think the song should sound before it is taken into the studio, and the guys then tailor it and come up with any ideas for slight changes.

As a Glasgow based band how does your country and the local music and art scenes influence your music?

In Scotland and Glasgow specifically the local music and art scenes are thriving, it is a very exciting time to be doing what we’re doing and I think that the thriving scene encourages healthy competition and development. I would say this doesn’t necessarily influence song writing though, when writing the songs I try not to think too much about the local scene to avoid sounding too much like anyone else, and this is something which I believe makes us stand out in terms of our sound. The weather of Scotland probably plays a big part when song writing, it is usually quite grey and rainy here, which probably adds a certain gloomy element to the music.

There are a lot of cool artists locally, but 4 that stand out to us are Acrylic, The Wound Review, Kamora and COLOSO.

Who are your biggest influences as a musician?

Always a hard question! Who I’m listening to changes all the time, however most recently I would say Lil Peep due to his melodic vocal style and the 1975 because of their sheer experimentation and willingness to talk about real issues in the music. I also love the poetic lyrics of John Martyn, the uptempo 80’s madness of Tears for fears and the reason I started playing guitar in the first place was because of Jimi Hendrix.

We are in an age where people are continuously looking for something different, I think our releases provide an element of surprise whereby you don’t know what to expect next from us. We provide an alternative to the norm which is something I feel like people need in today’s climate of cloned artists and sounds.

For those who haven’t seen you play live, what is a Bubbatrees performance like?

We always strive to put on a good show whether we are playing to 5 people or 500. A Bubbatrees performance is energetic but honest, and the addition of Cameron Robertson has made our live shows sound bigger and better. When coming to see us live you can expect a very varied set list of songs.

We have a lot of music to record the rest of this year and a lot of unreleased music to put out before then as well, so expect lots of new Bubbatrees music before the year is out! We are playing the Hug and Pint Glasgow on the 18th of October and will be fitting in as many more gigs as we can before the year is over as well. We have a couple more things going on behind the scenes so keep an eye out on social media!