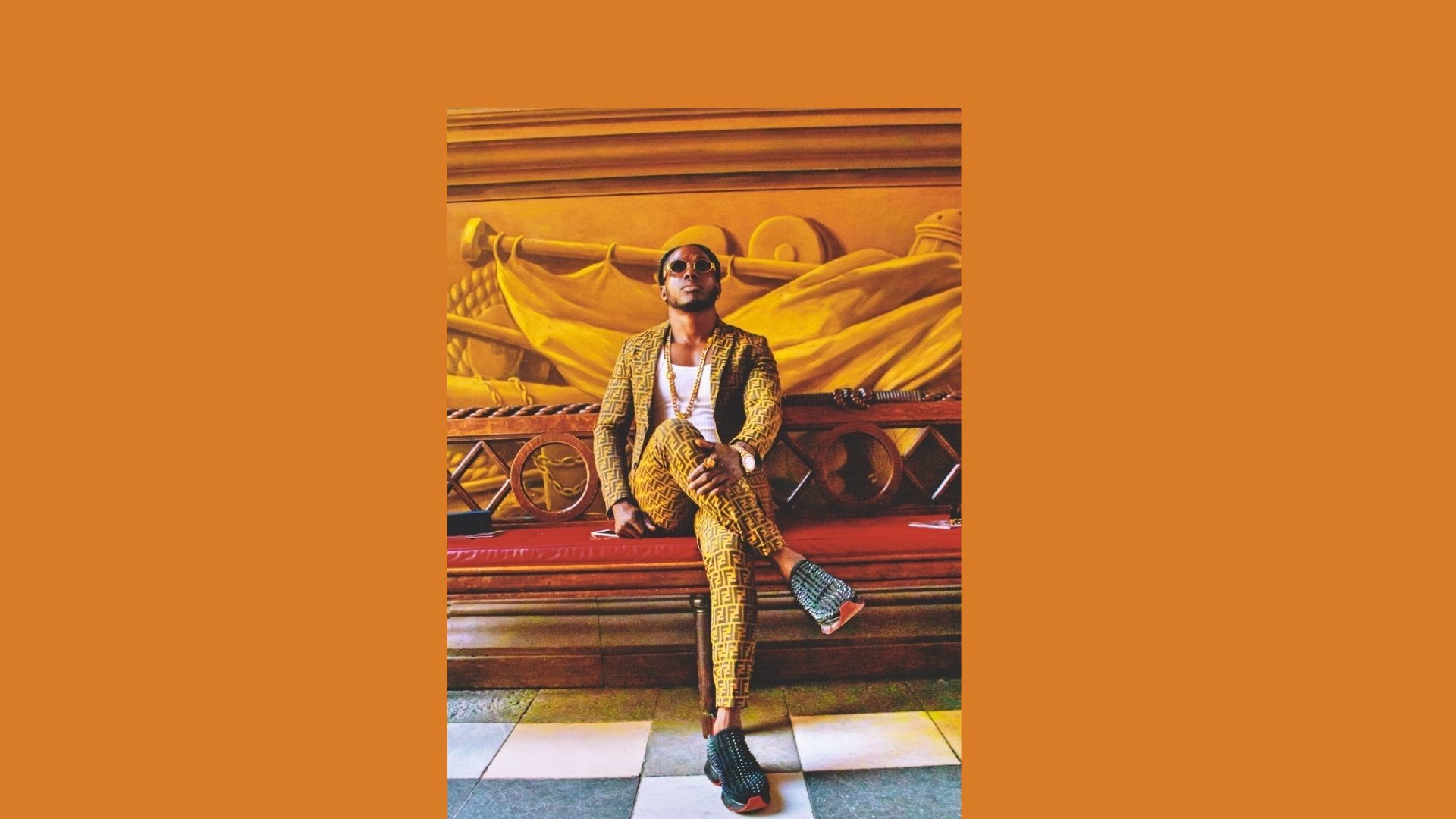 What’s the inspiration behind your songwriting?

My inspiration comes from life, everyday occurrences, and most importantly it’s just something inside me which feels some things ought to be expressed.  I get divine inspiration every time, I have over a thousand melodies in my iPhone voice note, so I’m constantly writing and recording concepts, sometimes 5 times a day, maybe more. It’s natural

Which African music pioneers had an impact on you and why?

‘God Bless Africa’ is the first album you ever produced – how does this album differ from your previous projects?

I had only released some singles before God Bless Africa so when I decided to create an album, it was just initially a challenge that I had set for myself to inspire me to keep going to the studio but then people started listening to the few songs I had on music platforms and demanded more. I mean, on a daily basis I would get comments from fans asking me when next they can expect a new song from me, when will my album be released, every day on my Instagram & Twitter accounts. I literally went through a period between December 2019 – May 2020 where I would get a lot of comments on Instagram and Twitter from people just asking me for more music. The demand was growing, so I had to respond. It was inspiring!

Were there any challenges while working on the album?

The main challenge I experienced was making time for the studio. I had to create time as I wasn’t doing music full time so it kind of became a thing I did at nights after everything else I had going on had been taken care of and then of course, Covid-19 and the subsequent lockdown which prevented me from recording for about 3 months. Wow, that was frustrating! Everything else was pretty cool, creatively, that is straight up fun, I enjoy the process naturally.

On the first track ‘African Woman’ you pay homage to black women – why was it so important for you to address this in a song?

This one is deep to be honest, I guess I just felt like we needed to be reminded about the qualities of real women. I felt like I needed reminding personally, and then the people in general, men and women, especially women! Trust me, when I wrote this song, I was going through some rough times and believe me, I had every reason to come out and do a good old woman-bashing, but that would be too easy wouldn’t it? So I decided you know what, instead of talking about the obvious negatives, why not make a positive contribution to the world and talk about the good things instead and inspire. I still have a lot of great positive women in my family, from my grandmother, to my mother, my aunts which I am grateful for so I used this to flip the negatives and instead I wanted to shed light and pay homage to the positives and I’m glad I did that. This song has been very well received, and I’ve had people from different countries contact me to complement me and thank me for this song. It’s been rewarding.

Did you have a particular thought when arranging the songs?

When I’m writing, I just go with the flow really, it’s all about the vibes. Sometimes I hear a beat and I just start humming and writing, other times it’s just a divine inspiration which pops up in my head out of nowhere, sometimes in my sleep then I write and record it later. I try to keep it simple, I hear a beat, I feel the vibes then I start writing or I don’t hear a beat, I just feel some things, then I write and record.

In ‘Covid’ you relate to the current situation and the global pandemic – why is it so important that “we stand together”?

Oh yes that’s the key message I was trying to convey with the “Covid” song. It has been a testing time which has challenged us all in every way imaginable. The pandemic came without a warning and life as we know it got toppled on it’s head right in our faces. The whole world has been going through a tough time and I just wanted to get the message out there to reassure people that if we all work together and look out for one another, we can get through this and see better days. It was important for me to get this message out there to show my support and in fact this was only one of the things I was doing to show my love and support. It was the musical version of my philanthropy work so to speak, to add to the food drops and cash giveaways I was doing throughout that period for people in need.

Did the global crisis affect the work on your album?

Oh yes indeed. As I mentioned earlier, it was definitely a hinderance as I couldn’t get access to the studio for over 3 months while the lockdown was in full effect in London. However, I just used the time to prepare myself, wrote some songs and made sure I was ready to go as soon as I was able to move around again. It was a big blocker but I still looked for ways to profit from it by helping people and working on my craft.

What’s the main message that you want listeners to leave with after listening to ‘God Bless Africa’?

Music is a form of entertainment and source of inspiration so therefore the main thing I want people to get from my album is enjoyment, a good time, enjoy some good music, sing and dance and rejoice but at the same time while you’re enjoying and shaking and whining, I hope you pay attention to the lyrics too and absorb my message in the songs. I have a lot to share so you will therefore be able to take some gems and messages from every song but I want you to enjoy my music more than anything. If you happen to be a purist, somebody who enjoys good lyrics, word play and melodic flows then I hope you can appreciate that too.

You’re well-known for energetic live performances, are there any plans for social-distancing events or even virtual performances?

Yes I plan to start doing some virtual performances pretty soon and hopefully some outdoor events in the near future. Performing in front of the fans is an important part of the process, it’s the final stage of creation and expression and I would really like to get back to performing at events. I started touring in Europe after my first song release from the buzz of my first song “wine girl” so it kinda feels like my career started right in front of the people, on the stage and naturally I want to get back out there and do some touring again.