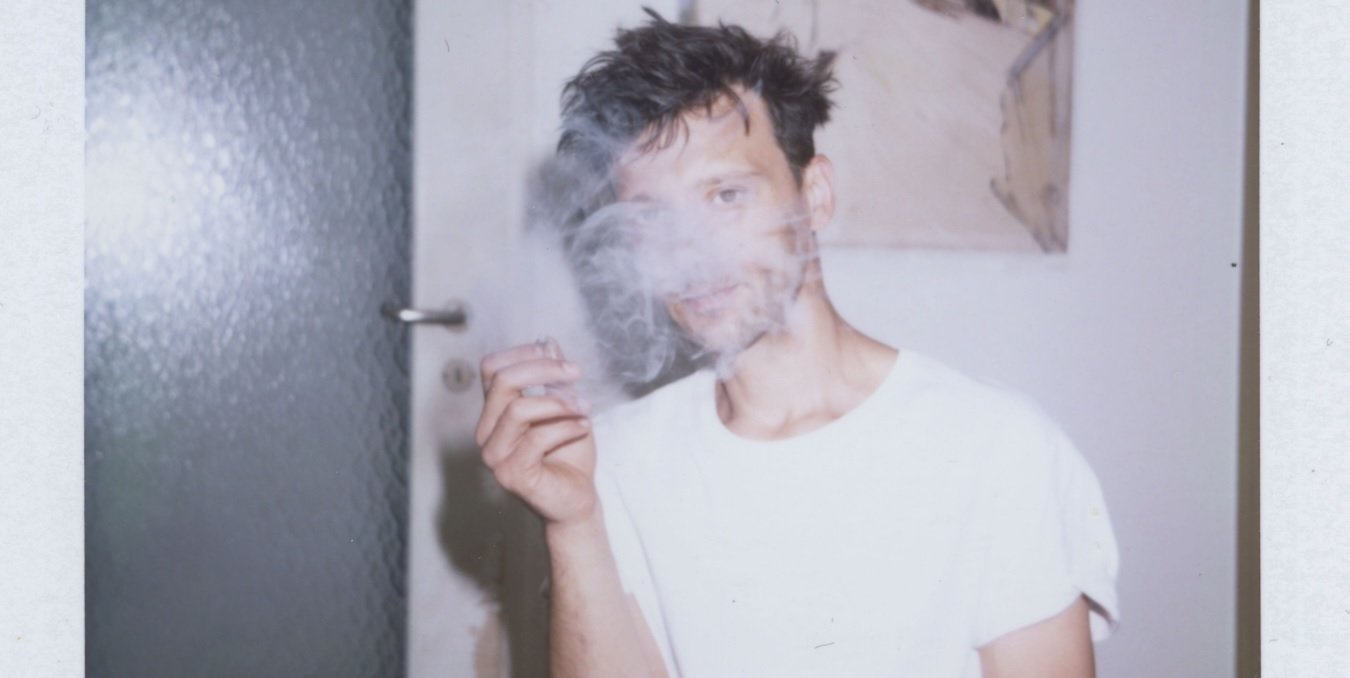 Angelo Repetto is the producer and one-half of the electro indie-pop group Wolfman, whom we’ve featured here just a short while back. Unbeknownst to us, Angelo has also been writing and producing under his own name. Last Friday, he finally released his latest offering, an LP entitled Roboto.

It’s an 8 song-deep homage to classic electronica. There’s some swinging big beat signifiers on there, a few acid house references, motorik inspired arpeggios and all types of 90s rave-type artefacts (way too many to name). Even cold wave connoisseurs could probably find something here to satisfy their little, fickle taste palettes.

Despite this LP reaching way back in time for its inspiration, Roboto was beautifully packaged in a tight, contemporary, polished sound design, and its off-the-cuff use of stylistic references and general eclectica is very much emblematic of current production styles. I wouldn’t necessarily call this prime time DJ material, but I could easily imagine that a lot of these tracks will deliver when dropped into a smooth set at a mellow, intimate Sunday soiree. Or maybe somewhere where it’s always warm and the sound system was set up a stone’s throw away from a beach and everybody has a little square waxy paper on their tongue.

Roboto was made available thanks to Default Mode Records, and if you’re reading this on your smartphone, it’s just a click away. And now, for our conversation with the creator of Roboto.

What was it like growing up with a musician dad?

I was not allowed to touch any of those synthesizers in the living room! And he was often working until late into the night, after taking care of me. But it doesn’t feel like I had a different childhood. Kids adapt. What’s special for others can be normal for them. My parents divorced when I was 3 years old and my father raised me until I moved in with my mother in a different town when I was 12. So he was basically a single dad, had to go to work, take care of me and then, when I was in bed he could finally start making music.

It was the time when this Red Bull drink came out; due to his parental obligations he didn’t have a lot of time to produce music during the day-time, so he worked at night, and he kept himself awake with this terrible drink. I have a lot of respect for him! He raised a child on his own and managed to produce some of the best electronic music I know. When I was around 25 I started to realise how big he is in the scene and also that I’m not that different from him. Actually we are exactly the same when it comes to music. We both love to sink in music and let everything else go. I learned a lot from him. I remember when I called him on the phone to ask him about MIDI. I think I remember him sounding a little bit startled by such a basic question. I pictured him like taking me seriously and helping out his son and at the same time trying hard not to laugh.

Were you aware that he was a star?

I had no clue. I had to grow up and find out by myself. Everyone kept telling me: hey, your dad is so cool! Blah blah blah!” or “Wow, you’re his son!” And I was like: “what the f*** are they talking about, of course he’s cool, he’s my dad!” Now I know and I’m very proud of his achievements. He definitely found his artistic language. I can tell it’s his music by listening to a track for 2 milliseconds. I also envy him a lot because he started his musical career at a time in which so many new musical styles were evolving. He was punk, he was new wave, he was techno, he’s an ambient god and he’s still evolving and I think he’s still not peaking. He’s 61 years old now and more creative and productive than ever. I wish I would have ived in the early 80ies.

Did you guys ever make music together?

Yes, we played several gigs together and they were all amazing. We really got into the flow and it felt so natural. But we didn’t have the chance to record stuff together. But I guess it will happen soon. So obvious!

Did he hear Roboto already?

Yes, of course. And every single demo since I started recording music.

He really likes it! He’s also very honest with me, for example he doesn’t like this bridge in “Do The Roboto”! (laughs)

My girlfriend came up with the name, Repetto/Roboto. First I wanted to call it “Dringlichkeitsstufe Eins”, but Roboto was less striking and I really liked the idea from the beginning!

There is a lot of old school influences in your music, do you like classic electronica more than what’s being produced now?

I really like old-school music. Not only electronica, it’s the first wave of a new born musical styles that fascinates me. I also listen to old-school rap or early kraut music, garage, psychedelic rock from the early sixties. New stuff as well! I’m just in love with naivety. I believe it doesn’t matter at all in what time an artist lives. You just do the best you can with what you have. Techno producers from back then had no possibilities to copy because techno (as in computer/hardware controlled, sequenced dance music) just didn’t really exist before. So the artists back then just did what they liked without really knowing what they were doing. They had no filter. Long story short: It’s all about the vibe and the attitude, how an artist approaches his musical vision.

Some of the songs on Roboto sound very psychedelic, is that the technology invoking that or did you really go out on a psychedelic journey while making this record?

All of last year, when I was working on Roboto, was quite a psychedelic self-discovery journey for me. I quit my job, moved to Berlin for 6 months, came back to Zurich and moved into my beautiful girlfriend’s apartment. I produced two EP’s (“Random State of Now” Vol 1 & 2), “Roboto” and with Katerina Stoykova, we produced “Mad Woman”, which just came out. I got a street dog from Bulgaria and now I’m writing this interview! Roboto is the outcome of this very intense time of my life. I found out a lot about myself and my attitude towards music changed. Somehow I slowly manage to not take myself too seriously anymore and I don’t care so much about what I do and if anybody will listen to it. I just do what I do. This process was very important and is still on-going. So, as a result of a very colourful year I would say the whole record was a huge journey that led to a lot of important experiences for which I’m very thankful.

Why the Beatles cover? I would think that it’s pretty intimidating trying to do justice to classics of this caliber.

I didn’t think a second about it. But now that you mention it, I’m not quite sure if I would have recorded it if anybody had asked me this question before I started working on it. The thing is, it just happened. I was jamming and recording some stuff and suddenly I realised that what I was doing reminded me a lot of “Tomorrow Never Knows” and first I was like “Man, let’s start over” but then I started to fancy this cover idea and proceeded knowing that I was working on a Beatles cover. But to be honest, the tracks only really share the same name, I mean, it could just as easily be a different track. Change the melodies here and there…I just liked the idea of recording a Beatles cover. It’s my favourite Beatles Song.

What is next for you?

I’m working on a new live set right now and I’m really looking forward to playing live again. I just had a kraut phase; I only took one synth and a delay to my gigs and messed around with the arpeggiator. Really nice. But now I included a lot of nice hardware to play with in my live set, even my guitar which was the instrument I started to play when I was 15. Finally I managed to include some spacey guitars and I think it’s the instrument on which I can improvise the best. So I’m really looking forward to everything that’s to come!

And what about seeing you live?

I played a lot of live gigs in the past few years and this year I was concentrating on ‘Roboto’ and ‘Mad Woman’ (Wolfman), so I pulled back a little, changed my priorities, which was the a very good decision. But now I’m ready and can’t wait to play live! Next week I will present my new record live in Zurich and then we’ll see!