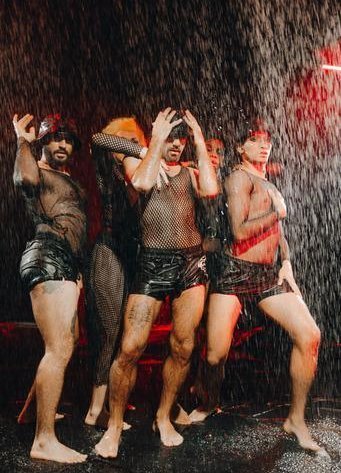 Bringing together an all-star team of BIPOC, Queer and Deaf people, MDL CHLD pka/ Chris Corsini just released his most inclusive video to date, coming alongside his first single of the year Funk (About You). Featuring Rights Activist Nicole D’Amato, Funk (About You) is a feel-good song about minding your own business, knowing your worth, and focusing on yourself, and is truly brought to life through its amazing music video, starring 2 Trans-women (including “Lola Herself,” who was recently published for the 2nd time in Vogue Portugal), 3 Gay men (including MDL CHLD), and many more talents behind the scenes.

Other than a talented musician, MDL CHLD is also a spiritual coach, with his accessible for all Tarot readings and spiritual workshops having received worldwide acclaim, and a Certified ASL/English interpreter, who has interpreted concerts for JayZ, Panic! At The Disco, Shawn Mendes, Jonas Brothers and many more. Through his work, he aims to reshape the accessibility and inclusivity in both the arts & spiritual communities.