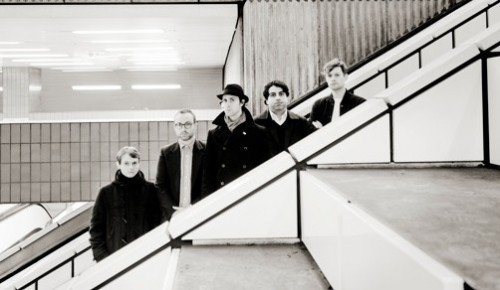 With an upcoming sold out UK tour, Maximo Park are unveiling the video to the recently released single ‘The Undercurrents’ beautifully shot on the Berlin tram system.
The track is taken from their outstanding abum ‘The National Health’ and its a lilting ode to love lived and lost, as Smith picks over the smouldering remains of a relationship, singing “And if you say our time was never spent I’ll point you to the places that we went” over jangling guitar work and a general air of yearning and resignation.

‘The National Health’ is out now on V2
maximopark.com
twitter.com/maximopark