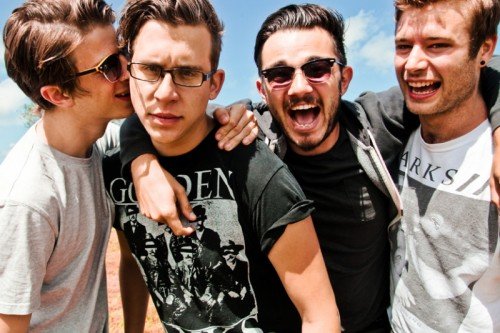 Check out Midlands’ roaring new alt-rock band Max Raptor’s new single and video for ‘Patron Saint (Of Nothing)’ released on 26th August through Naim Edge Records.
The video, directed by Marianne Harris, shows live footage from a few of this summer’s raucous festival performances (At 2000 Trees and Leopallooza).

The track is taken from their debut mini-album ‘Portraits’, heralded for painting candid micro-sketches of British society, the frenzied stomp and mob vocal of Patron Saint (Of Nothing) depicts our embarrassing obsession with celebrity culture and the narcissistic social decay that it breeds in the impressionable youth.
maxraptor.co.uk
facebook.com/maxraptor
twitter.com/maxraptor
Video and photo by Marianne Harris