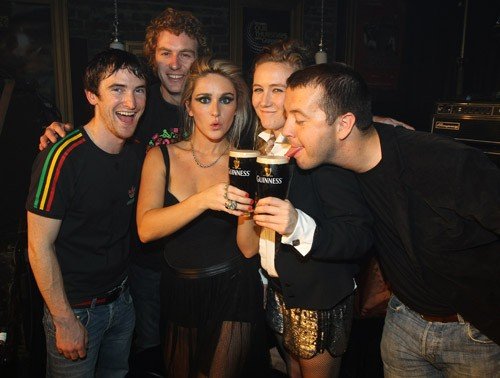 To the delight of the crowd and the four bands who took part, Jonny Quinn made a surprise announcement and revealed that while it had been planned that only three bands would be selected to play alongside the amazing international talent in the studio venues in Cork, Galway and the St. James’s Gate Brewery on Arthur’s Day, now all four bands will go on to play at the main Arthur’s Day celebrations on the 23rd September. 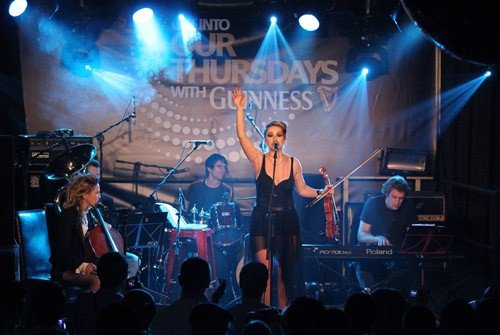 The four national showcase bands will perform alongside international artists as part of the Arthur’s Day line up in the following venues;

Judges present on the night included some of the industry’s top experts including Jonny Quinn and Tom Simpson from Snow Patrol, Matt Cooke from MTV as well as Niall Stokes from Hot Press.

Speaking at the showcase, Jonny Quinn said, There is no shortage of talent that’s for sure. It has been a great experience for all who have taken part and we are excited about performing alongside the winning band on the 23rdSeptember.

Not only will the four bands get the opportunity to take part in this unforgettable experience, they will also receive studio time, a digital release from Universal and will find themselves splashed all over the cover of Hot Press magazine in a special feature.

Our Thursdays was a new dimension to the Arthur’s Day programme, which continues the philanthropic legacy of Arthur Guinness.

Orla Flanagan, Brand Manager, Guinness said When we set about developing the programme, we never thought we would get such a huge response with over 800 Irish bands taking part.

We are delighted to add these four great acts to the Arthur’s Day line up. Excitement is really building now for Arthur’s Day and I’m looking forward to raising a glass to Arthur at 17.59 on the 23rd September.

Maud from Maud in Cahoots, who were chosen to play alongside Snow Patrol were delighted with the news on the night, This has been an incredible experience for us and we are so excited about getting the opportunity to perform on Arthur’s Day, alongside Snow Patrol whom we have admired for years. The day can’t come around quickly enough!