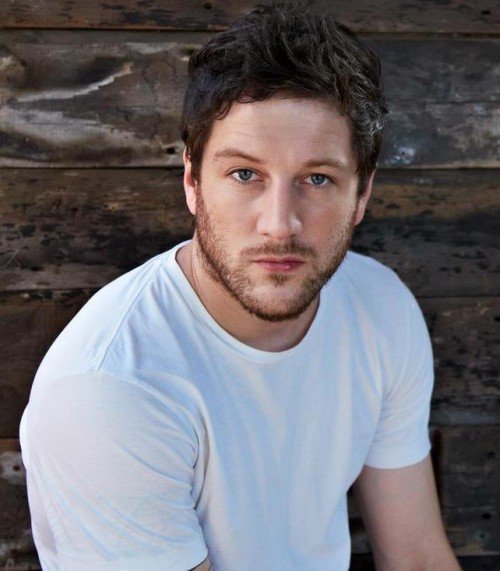 Having already watched talented singer/songwriter Matt Cardle decimate the competition in the 2010 series of The X Factor we at Fame like everyone else waited with baited breath to see and hear what he would produce with his debut album under the guidance of X factor supremo Simon Cowell.

Up until that was released we were treated to his take on Scottish band Biffy Clyro’s song ‘Many Of Horror’ (retitled ‘When We Collide’), which took the coveted Christmas Number One slot in 2010. His album ‘Letters’ produced some very positive feedback and very impressive sales.

However the partnership with Cowell has now ended and Cardle is back doing what he does best, touring intimate venues and producing top notch acoustic pop/rock fayre.
Last night’s gig at Belfast’s historic Empire Music Hall ticked every box imaginable for your reviewer. The capacity crowd (500 approx) were eager and hungry to hear Matt perform.

The man himself was in wonderful form and most all this was a show that stripped everything back to being simply a man and his guitar (bar a few keyboard supports through the night). If you ever want to see a genuinely talented performer in action, this is how you should see them.

First off I must admit even during his impressive stint on X Factor I never fully appreciated the vocal ability of Matt. Maybe it was as he said during this show, that all the outfits, fake tans and other Cowell influenced things did take something away from his natural skills.

Cardle is a cheeky chappy. He flirts with the girls and he enjoys himself on stage. His anecdotes and tales if what his songs mean and his experiences to date all bring you a lot closer to him than most artists let you.

In this reviewers opinion Matt’s decision to move away from big venues is a very good one. His new material from ‘The Fire’ album is superb and his delivery/vocal ability are very impressive for a man who until fairly recently was playing to small scale pubs and clubs.

Highlights of this very special show were ‘Thank You’, ‘I’m No Good’, ‘Set Fire To The Rain’, When We Collide’ and the show stopping finale that was ‘The First Time I Ever Saw Your Face’.

The last song of the night saw the entire crowd sing-along, not one person spoke and all simply stood in awe at the vocal abilities this man possesses.

This was 70 minutes plus of riveting songs, impressive vocals and pure honest singing talent. It is rare for your reviewer to say this. But I cannot fault this show at all. Cardle was on the ball for start to finish, he built the crowd up perfectly and ended on the perfect high he possibly could.

This is a man who has successfully shaken off the confines of reality/talent TV and made the best of what he was given. His natural ability is shining through and I can’t wait to see what he does next.

‘The Fire’ Is on release now from So What Recordings.