Leslie Nielsen, who dazzled with deadpan in The Naked Gun and Airplane!, passed away on Sunday at a hospital near his home in Fort Lauderdale, Fla., where he was being treated for pneumonia, according to the New York Times. He was 84.

The master of parody boasted a talent for delivering the most ridiculous lines in the straightest way possible, cloaking outright absurdity in obliviousness. 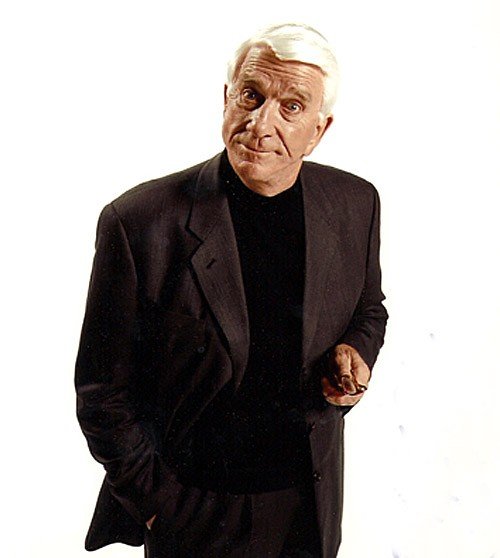 Ironically enough, the foundation of that gravitas was built early in his career as a dramatic actor: After serving in the Royal Canadian Air Force and studying at New York Cityâ€™s famed Actors Studio, the Saskatchewan-born Nielsen popped up on early â€™50s TV.


His career took a comical hard left turn when he was cast as Dr. Rumack in the 1980 big-screen parody film Airplane! (Let us honor his famous line, which stands as one of the best retorts in comedic cinema history: â€œSurely you canâ€™t be serious!â€ â€œI am serious. And donâ€™t call me Shirley.â€)

Two years later he was tapped by the Airplane! brain trust to play Lt. Frank Drebin in the cop-show spoof sitcom Police Squad! Although the series lasted only six episodes, Nielsen earned an Emmy nomination for his work, and in 1988, re-inhabited the bumbling Drebin again for the big-screen adaptation The Naked Gun.

(It may be hard to find more laughs-per-minute in a comedy film than in the filmâ€™s baseball-game scene, which culminates with Drebin foiling an assassination attempt on the Queen of England).

The success of The Naked Gun paved the way for two sequels in 1991 and 1994, and Nielsen continued down the parody path in not-as-memorable films like Spy Hard, Wrongfully Accused, and Dracula: Dead and Loving It. (He did earn notice in Scary Movie 3 and Scary Movie 4.)

Nielsen worked into his 80s, appearing in even more spoof flicks like Superhero Movie and 2009â€²s Stan Helsing. Surely, we canâ€™t be more serious when we say: Leslie Nielsen, you will be missed. R.I.P
Â©news-briefs.ew.com