Fifteen years and eight Grammy Awards after its launch in 1996, Columbia/Legacy’s critically acclaimed Miles Davis Series continues to honor the most prolific and influential figure in 20th century modern jazz.

In celebration of Miles’ 84th birthday on May 26, 2010, the stage is set for a multi-tiered commemoration of the life and times, and the music and art, of Miles Davis. 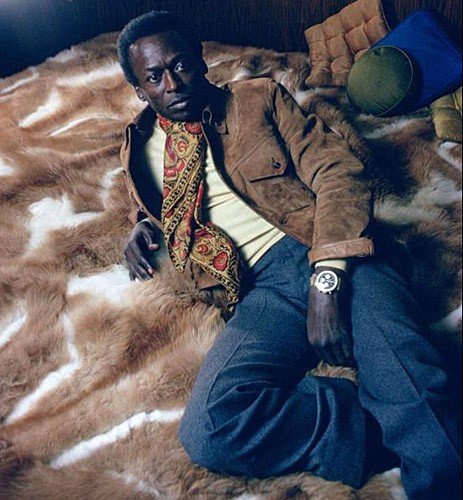 A full slate of Columbia/Legacy releases – Bitches Brew: Legacy Edition, Bitches Brew: 40th Anniversary Collector’s Edition, the mammoth The Genius of Miles Davis collection, Kind of Blue in two separate vinyl LP configurations – along with the gala opening of the “We Want Miles” exhibition in Montreal, the newly redesigned MilesDavis.com website, and Monster Cable’s new “Miles Davis Tribute” headphones are among the key elements in the campaign. 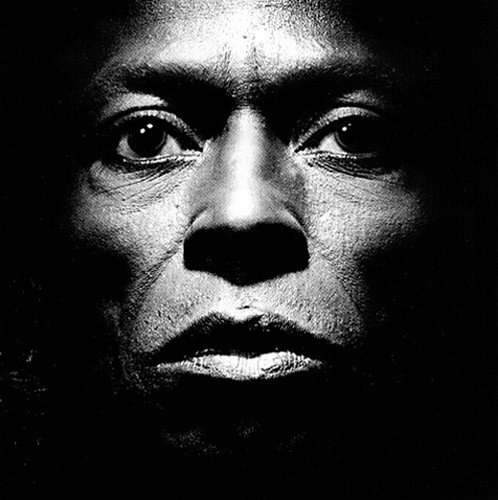 Underscoring the festivities is Bitches Brew, Miles’ groundbreaking double-LP of 1969, whose 40th anniversary will be celebrated with two separate retail packages, both released August 31st by Columbia/Legacy, a division of SONY MUSIC ENTERTAINMENT:

— Bitches Brew: Legacy Edition (a three-disc set, comprising two CDs
that contain the original 94-plus minutes of music, in their original
8-track studio mixes unavailable on CD for many years, plus several
bonus cuts; and a DVD that contains a previously unissued concert
performance by the Miles Davis Quintet filmed in Copenhagen, November
1969);

— Bitches Brew: 40th Anniversary Collector’s Edition (the same three
discs as above, plus a third CD comprising a previously unissued
performance by the new septet lineup at Tanglewood in the Berkshires,
August 1970; alongside a 54-page color booklet and a 180-gram vinyl
double-LP gatefold replication of the original album).

In September, The Genius of Miles Davis will be unveiled. A limited-edition box set designed as an actual trumpet case, the case will house the eight deluxe multi-CD box sets that are the crown jewels in the Miles Davis Series’ 15-year history.

The distinctive gilt-edged metal spines and the lavish packaging of those eight box sets have placed them in a class by themselves:

The eight heavyweight box sets – with a cumulative total of 43 CDS and eight Grammy Awards between them – will now be gathered in their original metal spine editions (except for The Complete In A Silent Way Sessions, which did not originally appear with a metal spine) in the 21-pound collection known as The Genius of Miles Davis.

The trumpet case will contain a number of additional items, including an exact replica of the “Gustat” Heim 2 model mouthpiece used by Miles; a previously unavailable fine art lithograph chosen by the Miles Davis Estate; and a boutique-quality t-shirt manufactured exclusively for this package by Trunk Ltd.

Starting on Miles’ birthday, The Genius of Miles Davis will be available for pre-order at MilesDavis.com.

In November, Miles’ 1959 classic Kind of Blue album will be released in two separate vinyl configurations. Collectors will be able to choose between a standard 180 gram vinyl single LP, or a 2-LP 180 gram set cut at 45 RPM.

In 2010, Legacy’s presentation of the music of Miles Davis on record joins a global campaign organized in conjunction with the Miles Davis Estate and Miles Davis Properties LLC in partnership/collaboration with Sony Music.

Dominating the cultural landscape is the colossal “We Want Miles: Miles Davis vs. Jazz” historic exhibition of art and memorabilia at the Montreal Museum of Fine Arts, on view from April 30th through August 29th (following its illustrious run at the Musee de la Musique in Paris from October through January).

The first North American multimedia retrospective exhibition devoted to Miles is divided into eight thematic sections ranging from his childhood in East St. Louis to the final concert of his life, at La Villette in Paris just weeks before his death in 1991.

A wide range of exceptional works of art, archival materials, and objects, many of which are on view for the first time, chronicle Miles’ impact on the course of jazz, including rare or previously unscreened concert film footage; original musical scores; a selection of his trumpets and fellow band members’ musical instruments; original documents relating to his albums; stage costumes; vintage record pressings, and more.

20 listening stations throughout the 8,600 square foot area permit visitors to immerse themselves in the multiple musical currents reinvented by Miles: jazz, rock, funk, and more.

On display are compelling personal portraits taken by legendary photographers Annie Leibovitz; Herman Leonard; William Gottlieb; Dennis Stock; Baron Wolman; Amalie Rothschild; Lee Friedlander; Bob Willoughby; Anton Corbijn, and Irving Penn, among others. Not only are a number of Miles’ paintings on display, but also paintings and sculpture by contemporary artists influenced by him, including Jean-Michel Basquiat, Mati Klarwein, and Niki de Saint Phalle, among others.

A sample copy of The Genius of Miles Davis trumpet case will also be on display at the Museum.

In a unique partnership/collaborative effort between the Miles Davis Estate and Sony Music, the MilesDavis.com website has been completely redesigned. It is now the first unified and regularly updated site highlighting all aspects of his life.

The dynamic web environment is not specific to Columbia/Legacy and Sony Music; instead it will include events and product releases by other companies as well. The website, featuring news and vital information, video content, exclusive photography, and more, will also offer special daily and weekly deals.

The website already has four Miles t-shirts for sale through the Threadshop store, with many more items slated to go up for sale on his birthday.

One of the items for sale at MilesDavis.com (and other general retailers) is the critically-acclaimed “Miles Davis Tribute” high-performance in-ear headphones from Monster Cable.

This is the world’s first audio hardware product to bear Miles’ name and signature and is available as a strictly limited edition item. Headphone purchasers will receive a bonus copy of Columbia/Legacy’s Kind of Blue: Legacy Edition 2CD set.

Monster is offering a unique one-time Limited Lifetime Replacement Guarantee with the Miles Davis Tribute headphones – even if users accidentally break the headphones themselves, Monster will replace them once for no charge.
MilesDavis.com