Massive Attack last played Ireland back in 2006 when they played at the Electric Picnic Festival.

Massive Attack have made four albums to date, each one extraordinary in its own right. â€œBlue Linesâ€, â€œProtectionâ€, â€œMezzanineâ€ and â€œ100th Windowâ€ all pushed musical boundaries and made their mark.

With these critically acclaimed albums clocking up 9 million sales, a clutch of awards and a new album due for release in early 2007, the time felt right for a Massive Attack Best Of, an apt reminder of their musical legacy to date. The album, entitled â€œCollectedâ€, features tracks chosen by the band, including such gems as â€œUnfinished Sympathyâ€, â€œSafe From Harmâ€, â€œProtectionâ€, â€œTeardropâ€ and â€Angelâ€.

The special edition of â€œCollectedâ€ contains a bonus CD comprising of a new compilation of rare and reworked material as well as brand new recordings, whilst the flip side features a DVD of all the videos to date.

Massive Attack Live at the Marquee, Cork 1st July, tickets on sale next Thurs 10th April at 9am, tickets â‚¬46.20 will go on sale from all Ticketmaster outlets nationwide booking line no.0818 719 300 and online

For further information on Massive Attack see their official website 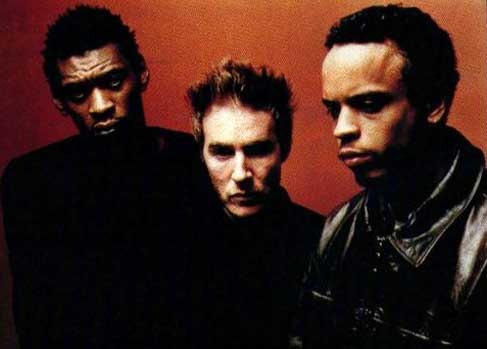 Massive Attack began as an offshoot of the popular mid-1980s sound system The Wild Bunch. The core group consisted of three members, Robert Del Naja, Grant Marshall (“Daddy G”) and Andrew Vowles (“Mushroom”), along with occasional Wild Bunch collaborator (and also Del Naja’s roommate) Tricky. In 1988 they released their first single “Any Love”, followed in 1991 by their first album, Blue Lines, featuring the hit singles “Unfinished Sympathy” (with Shara Nelson) and “Safe From Harm”. The album, which was produced by Cameron McVey, was well-received both critically and commercially. “Blue Lines” rap vocals were also done by Tricky. Blue Lines subsequently became one of the most influential British records of the 1990s, ushering in a new genre of music sometimes referred to as the ‘Bristol sound’, but more often labeled trip-hop, a label Massive Attack have said they dislike.

During the first Gulf War the band temporarily changed their name to Massive after pressure from their label, to avoid implying support of the attack on Iraq. In 1994, Massive Attack released their follow-up album, Protection, an album that featured two string instrumentals arranged by Craig Armstrong and a deeper, more lush sound than the first. This marked Tricky’s last collaboration with Massive Attack, as he chose to concentrate wholly on his solo career. Tricky used lyrics from other songs (chronologically before and after the album’s release) at some points during the recording. Several of the lyrics from “Karmacoma” shared between Tricky and 3D were later sung by Martina Topley-Bird on Tricky’s single “Overcome”. On “Eurochild”, Tricky borrowed lyrics from “Blank Expression” by The Specials. Two songs (“Protection” and “Better Things”) feature Everything But The Girl vocalist Tracey Thorn, whom the band collaborated with on a remake of The Marvelettes’ hit “The Hunter Gets Captured by the Game” for the Batman Forever soundtrack. In 1996, the band won a BRIT Award for “best dance act”.

Massive Attack’s third album, Mezzanine, was released in 1998. Mezzanine showed the band moving towards a somewhat dark, tense sound filled with distorted guitars and a combination of drum machines and live percussion that lacked the laid-back, jazzy nature they had occasionally shown in their previous albums. Elizabeth Fraser of the Cocteau Twins sang lead vocals on three tracks. Original member Vowles, dissatisfied with this change in sound, left the band shortly after the release of the album. He was replaced by Neil Davidge, who worked with Del Naja for much of his material on Mezzanine. The release of Mezzanine also led to a change in Massive Attack’s live show. In addition to their previous simple set up of a few mics and turntables, the group began incorporating more and more live instrumentation into their shows. In addition to their usual numerous guest vocalists, the trio were now being joined on stage by a live guitarist, bassist, drummer, and keyboard player, as well as a video screen and lighting effects from United Visual Artists. Also during this time many members including Richie Partridge left the band due to musical differences but the core members remain.

Massive Attack’s fourth album, 100th Window, which was recorded without Marshall, was released in early 2003. It entered the Top 10 at Number 1 in the UK. In 2004, the band, now consisting of Del Naja, Davidge, and programmer Alex Swift, released an instrumental soundtrack for the feature film Danny the Dog, which was produced by Luc Besson. The film’s title was changed to Unleashed prior to the American release, though the album was initially released under the original title as it came out months before the film. 2005 saw the band contribute another soundtrack, this time for the feature film Bullet Boy. Also in 2006, the band released a greatest hits compilation, Collected. The two-disc set includes selected tracks from their studio albums, some rare singles, and two new tracks, “Live with Me” and “False Flags.” The DVD layer of the second disc also contains all the groupâ€™s music videos to date. Massive Attack also returned to the studio to record a new album, tentatively titled Weather Underground. Of the three original members, Del Naja and Marshall have returned to record the groupâ€™s fifth studio album. However, they will not be collaborating with each other extensively. Del Naja will be in one studio with producer Neil Davidge, and Marshall will be working from his own studio on the other side of Bristol. Dot Allison, Horace Andy, Mike Patton, and Mos Def are expected to contribute vocals.

Massive Attack Live at the Marquee, Cork 1st July, tickets on sale next Thurs 10th April at 9am, tickets â‚¬46.20 will go on sale from all Ticketmaster outlets nationwide booking line no.0818 719 300 and online

For further information on Massive Attack see their official website