Martha Wainwright returns with her eagerly anticipated second studio album â€˜I know Youâ€™re Married But Iâ€™ve Got Feelings Tooâ€™ A glorious follow up to her critically acclaimed self-titled 2005 debut. The album is Released on May 16th and to coincide with this Martha will be performing live at Vicar St. on May 26th.


Featuring twelve original tracks and a touching cover of the Pink Floyd classic â€˜See Emily Playâ€™, this album is a huge a step forward both sonically and lyrically from her debut. Produced by a range of producers including Brad Albetta, Martin Terefe, and Tore Johansson, the album walks the line perfectly between subtle beauty and raw emotion.

“The title sums up my dark humour. Plus it’s an homage to a few good men and women that I’ve loved at one time or another. After all, these people never go away. You end up loving them for life.â€ she says.
From the intricacy and simplicity of â€˜Cominâ€™ Tonightâ€™, to the plaintive power of â€˜Hearts Club Bandâ€™ the album is full of standout tracks. Other highlights include the album opener â€˜Bleeding All Over Youâ€™, and the final track â€˜ I Wish I Wereâ€™ which showcases Marthaâ€™s majestic and evocative voice perfectly. 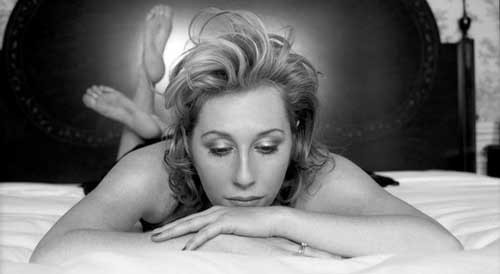