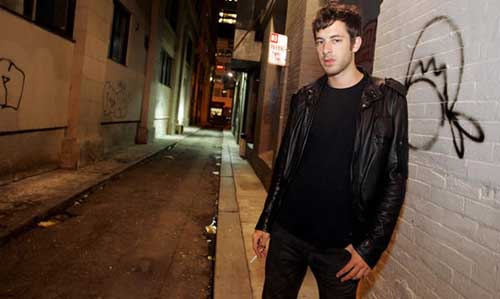 Using the same Midas touch that turned Amy Winehouse and Lily Allen into pop gold, Ronson set about recording his album of covers which not only showcases his love of hip hop beats and British alternative rock, but also the soul, funk, psychedelia, pop and disco that his record collection spans. The result re-writes the rulebook on cover versions. The Smiths’ “Stop Me If You Think You’ve Heard This One Before” is reworked as a lush, soulful orchestral R&B track with a sample from The Supremesâ€™ â€œYou Keep Me Hanging On.â€

Coldplay’s “God Put A Smile On Your Face” manifests itself as New Orleans’ funk courtesy of The Dapking Horns, while Britney Spears’ “Toxic” is completely transformed by the soulful crooning of Tiggas and the free form rapping of the late Dirt McGirt (a.k.a. Ol’ Dirty Bastard). His two most recent success stories also make crucial appearances for on Kaiser Chief’s “Oh My God” (Lily Allen) and The Zutons “Valerie” (Amy Winehouse), both songs so ubiquitous in the UK that it took large cojones to revisit them so soon after their own chart success. The fact that it works says much for Ronson’s artistic vision.