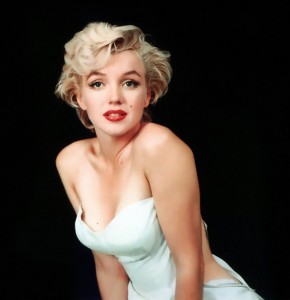 According to a new report from the Kellogg company, a massive 60% of British women say they are actually ‘fruit-shaped’ apple and pears but over two thirds of the nation are desperate for the classic Marilyn Monroe-esque
hourglass figure.

In a landmark study to celebrate the 50th anniversary of Kellogg’s Special K*, it was found that the ultimate slimming goal for women is no longer being the ‘Perfect 10’ but to get a curvy hourglass shape.

Regardless of whether they were 25 or 55 the hourglass figure personified by the shapely Nigella Lawson resolutely remains the body shape the majority of women aspire to. In fact, just 7% yearned for the boyish and shapeless body made famous by the likes of Twiggy in the sixties and Kate Moss in the nineties and the noughties.

With over 35% of the nation’s women confessing they are apple-shaped – a shape characterized by an undefined waist – and just 13% possessing an enviable hourglass figure – it seems shape not size is what matters most to
women these days.

The research by Special K revealed women are taking their inspiration from curvy celebrities in the media too. While the sensuous hourglass curves of Nigella topped Special K’s inspiration index, Dame Helen Mirren was voted
the second biggest ‘body booster’ – becoming an inspiration to millions after being photographed in her bikini last year, and Dame Judi Dench came
in third.

Key body shape boosters include seeing shapely women on TV rather than size zero models, curvy celebrities with hunky boyfriends (such as Charlotte Church and Gavin Henson), and older actresses such as Helen Mirren ‘baring all’ for nude scenes.

Laura Bryant from Special K said: “The report shows that women’s attitudes to slimming over the last 50 years have changed along with their figures. It seems British women have lost their waists but now they are demanding them back. They are more concerned about getting a curvy hourglass shape like their grandmothers instead of being the perfect size 10 which shows a marked shift in attitude from the 80’s and 90’s when success and failure when slimming was benchmarked against fitting into certain sized clothes.”

To help people achieve their ideal shape for the summer and beyond, Kellogg’s Special K has created ShapeMate, an online tool which allows users to create their own free personal plan and delivers expert advice tailored to meet individual needs. The Kelloggâ€™s site also features a BMI calculator to help people understand if their body mass index, a measure of
a person’s height versus their weight, is in the ideal range or not.