By Hunter Stephenson:
While visiting the set of HBO’s Eastbound & Down this summer in Puerto Rico, I learned from co-directors Jody Hill and David Gordon Green that two of the series’ most diehard fans just happened to be icons of hard rock. 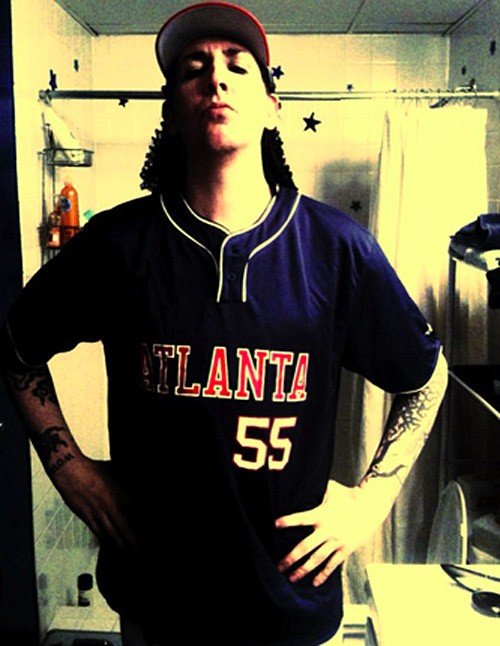 Hill was thrilled to find out recently that Jack White can’t wait for the second season. And the other? Green let out a chuckle of disbelief. “Yeah, Marilyn Manson, he’s fucking obsessed with the show.

He goes so far as to dress up like Kenny.” I found it impossible to conjure a visual of Manson, dark prince of androgyny, fashioned like Eastbound’s Kenny Powers, the overweight enfant terrible of major league baseball and Southern hostility that’s made Danny McBride a comedy icon.

“Whenever I see Manson, he’s repeating entire chunks of dialogue and dressed like Kenny,” says Lough. “He just walks around dressed like this and fucks with people on the street. If a waiter or valet tells him, ‘Have a nice day,” he’ll respond, ‘Don’t tell me what to do.’
Read more in www.interviewmagazine.com
PHOTO BY MARILYN MANSON