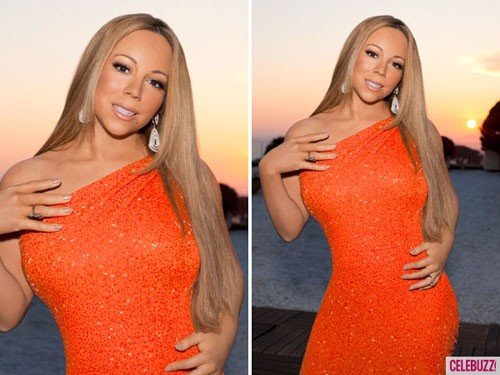 Mariah Carey may be known for her supposed outrageous diva demands — she once insisted “I don’t do stairs” – but who knew she has a wicked sense of humor, too?

The 42-year-old songstress is set to give American Idol a new lease on life, but according to her brother, the mother of two will bring a lot more than that to the ailing FOX show.

“Mariah is hysterically funny, and I don’t think people really know that,” the songstress’ sibling, Morgan Carey, told our friends at Celebuzz.

“I think her fans and fans of the show will appreciate her sense of humor. She’s classic.”

Carey’s new role was announced on July 23 when she signed a reported $18 million deal to replace Jennifer Lopez, who said she was leaving the show to pursue other projects.

But Carey’s brother said he think his sister’s arrival to the show could not have come sooner.
READ ON FOR MORE OF CELEBUZZ’S INTERVIEW WITH MARIAH’S BROTHER