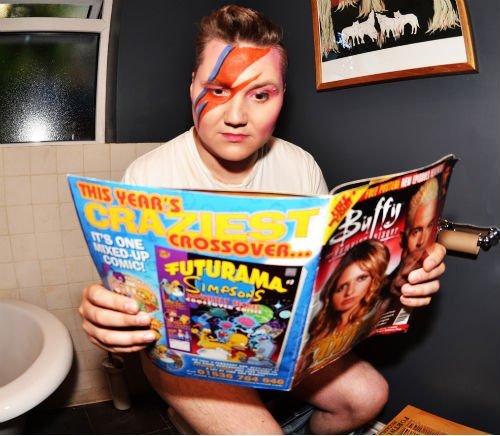 Marc Burrows has hit this year’s Edinburgh Fringe with his show ‘The Ten Best Songs Of All Time’. When he’s not standing up in front of people and making them laugh, he plays bass for Steampunk band ‘The Men Who Will Not Be Blamed For Nothing’. We caught up with him for a quick Q and A in between shows.

Which came first, the comedy, the writing, or the music?

Tie between comedy and writing, because I was a little attention-seeking bugger from a very early age, who learned that getting a big laugh was incredibly satisfying. I wanted to be a writer from the age of about six as well, I remember publishing my own newspaper when I was seven. It had an interview with Jonathan Ross I’d completely made up, but had him saying loads of “hilarious” words beginning with ‘R’. Bullying really. Music, at least in terms of playing an instrument and writing songs, came much later, I think I wrote my first song when I was 12.

Do you get more of a rush on stage as part of ‘The Men Who Will Not Be Blamed For Nothing’ or doing stand up?

They scratch completely different itches. There’s nothing like holding a room full of peoples attention and making them laugh, and there’s nothing like playing in a punk band. I’ll say one thing, the bad gigs are far more bearable (and far fewer) in the band, and you have each other, a gang, to soften the blow. There’s crossover anyway- The Men write funny songs and Andrew (O’Neill, comedian and our guitarist) and I generally dick about a lot on stage to get laughs. We’ll often be our own support act and combine the two. 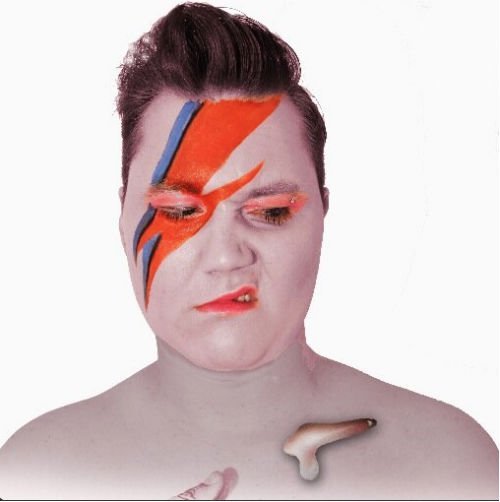 If you could bring back one thing from the 90s, what would it be?

What was it that made you decide to try your hand at stand up?

I realised I’d been doing it for years anyway. I was constantly trying to make people laugh, and I always rearranged any anecdote to put the punchline at the end. It was a slow-growing realisation that it was something I could do.

Came from my uncle actually, when I came in proudly with my new quiff and he say “alright, Tin Tin’s here!”

I remember a really early gig, when I went on infront of a stag-do and they pointed out I was trembling a bit, “alright Shaky!”, I had nothing. Died on my arse.

Who would you say are your biggest influences, musically and comedically?

Where can we see you in Edinburgh? 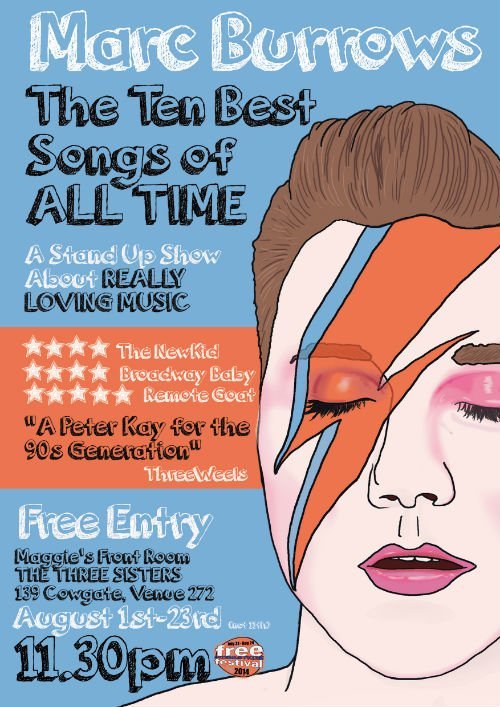