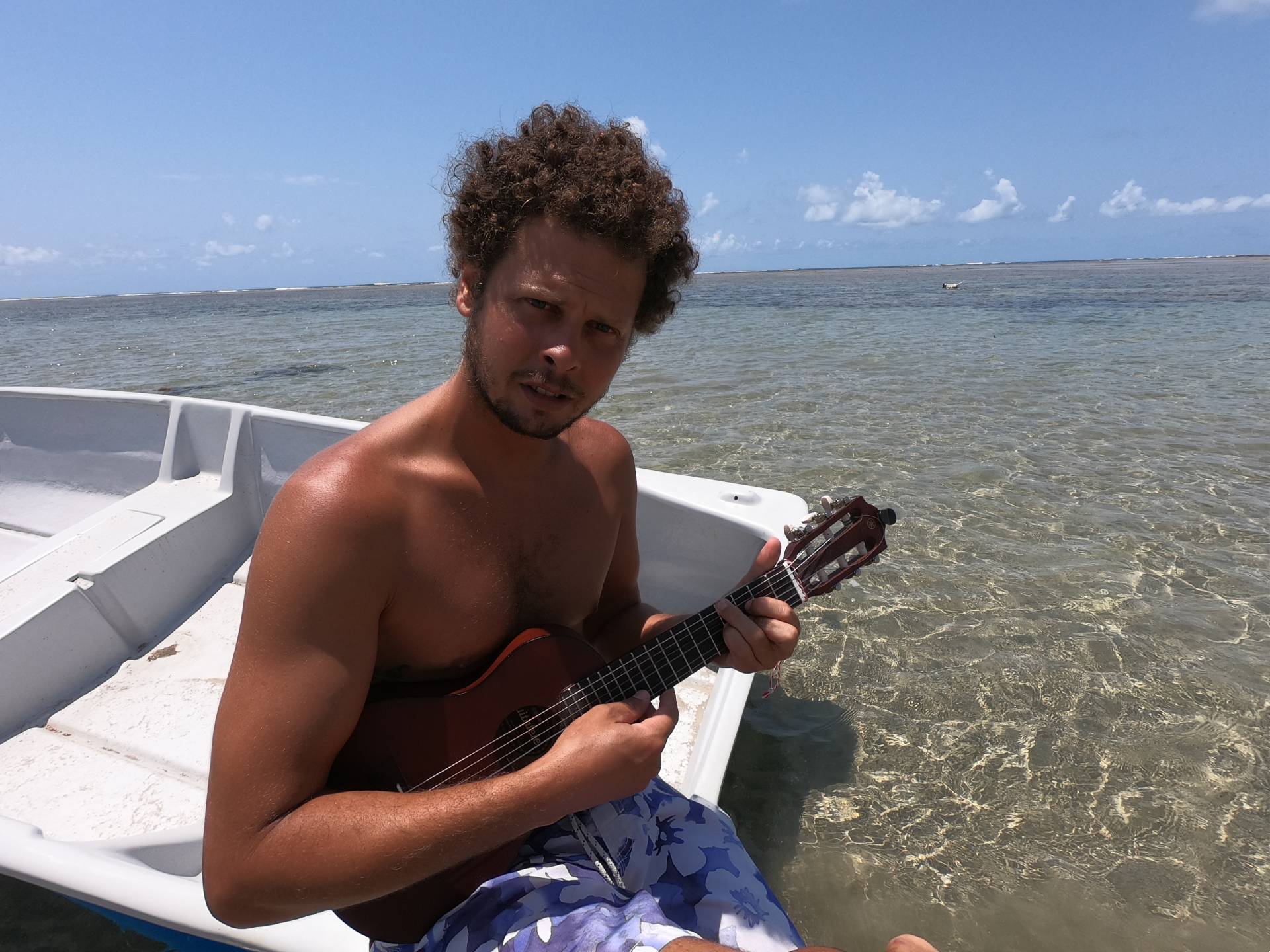 A soft and soulful artist whose music transports you into a bubble of tranquility upon listening, Manoel Tosto is captivating on his new album Beira De Praia.

The acoustic-led LP focuses on Manoel’s finger plucking talent, as he maneuvers his six string with incredible dexterity. The raw, earthy sound settles around samples of nature, with wind whistling and birds tweeting tieing up the authentic feel and allowing you to soak into his sound.

“’Beira de Praia’ was created on the island I’m living on near Salvador in Brazil”, Manoel explains. “The project is inspired by the simple sounds of nature. Like hearing birdsong in the morning, fishermen walking into the ocean or waves crashing on the shore. It’s an example of a day without haste or agony, of simple joy and total peace. It’ll transport you onto the island with me and help you feel the ease and calmness I was experiencing when I recorded it.”

With his childhood spent on a remote island on the east coast of Brazil, Manoel’s exotic sound can be traced back to him playing amongst jungle animals in the southern sunshine. After moving to Barcelona where he performed in jazz bars and cafes, Manoel’s sound developed into a fusion of blues and reggae, never allowing boundaries to construe his musical endeavours.

Beira De Praia is a slice of Manoel Tosto’s soul that the world will treasure.