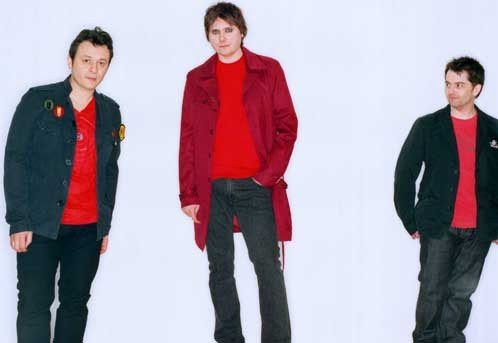 Manic Street Preachers return this year with their ninth studio album, â€˜Journal For Plague Loversâ€™ released on May 15th on Columbia Records. In addition the band announce several Irish and UK shows, including three nights at Londonâ€™s Roundhouse, where they will play Journal For Plague Lovers in its entirety followed by a second set featuring songs from their incredible catalogue.

The album follows the hugely successful and critically acclaimed 2007 release â€˜Send Away The Tigersâ€™, and the induction of the band into the NMEâ€™s Hall Of Fame with their naming as the â€˜NME Godlike Geniusâ€™ for 2008.

Produced by Steve Albini and recorded live at Rockfield Studios in Wales during the Winter of 2008, the album features lyrics left behind by former guitarist Richey Edwards across all 13 new tracks. An original piece of Jenny Savilleâ€™s art is the cover of â€˜Journal for Plague Loversâ€™, whose painting graced the cover of 1994â€™s â€˜The Holy Bibleâ€™.

Nicky Wire said of the decision to use Richeyâ€™s words after all this time, “The brilliance and intelligence of the lyrics dictated that we had to finally use them. The use of language is stunning and topics include Le Grande Odalisque by Ingres, Marlon Brando, Giant Haystacks, celebrity, consumerism and dysmorphia all reiterating the genius and intellect of Richard James Edwardsâ€.