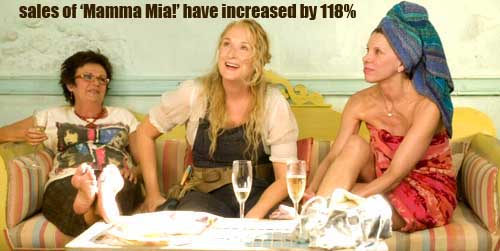 A rush of sales as Motherâ€™s Day approaches has seen the â€˜Mamma Mia!â€™ movie overtake â€˜Harry Potter and the Deathly Hallowsâ€™ to become the best-selling product of all-time on Amazon.co.uk. A constant feature in the top ten DVD chart for the past six months, sales of â€˜Mamma Mia!â€™ have increased by 118% over the last two weeks. 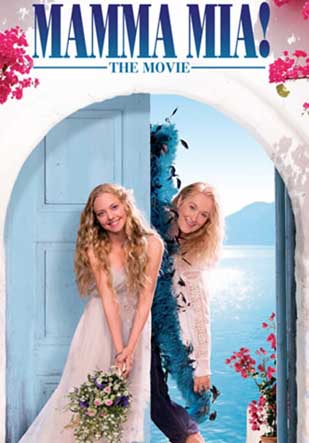 It has now sold more copies than the boy wizardâ€™s seventh outing which instantly became Amazon.co.ukâ€™s biggest-selling item of all-time when its release resulted in worldwide hysteria back in July 2007.â€˜Quite simply, â€˜Mamma Mia!â€™ is the UKâ€™s biggest selling product of the internet eraâ€™ said Sarah Hughes, Head of DVD Buying at Amazon.co.ukÂ â€˜When â€˜Harry Potter and the Deathly Hallowsâ€™ was released it seemed inconceivable that any product would match the phenomenal demand it generated. I am certain that no-one thought at the time that its sales record would be eclipsed by an Abba musical.â€™In 2008, â€˜Mamma Mia!â€™ was Amazon.co.ukâ€™s Christmas bestseller, accruing four times as many sales as the Christmas bestseller from the previous year.â€˜â€™Mamma Mia!â€™ is a fun, feel good film and some of its success can be attributed to the fact that it has offered a form of escapism during what have been difficult times in the UK over the last six months,â€™ said Sarah Hughes.â€˜It could be a long time before we see another product that captures the hearts and minds of the UK public in the way that this film has.â€™
Amazon.co.ukâ€™s Top Five
Bestsellers ofAll-Time1. Mamma Mia!
Film2. Harry Potter and the Deathly Hallows
Book3. Harry Potter and the Half-Blood Prince
Book4. The Dark Knight
Film5. The Lord of the Rings: The Return of the King Film