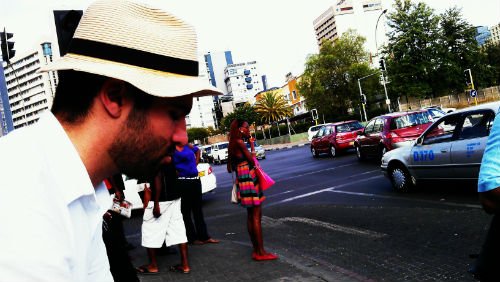 Fame love being able to showcase the talent of artists our readers may not yet have the pleasure to witness. Which is why Los Angeles based hip hop lyricist Malkovich has found himself on our interview wishlist.

Fortunately the Fame team were able to track him down…

Hi Malkovich. Thanks for taking the time to talk to us at Fame Magazine. Your new album ‘Great Expectations’ is on release now. What can you tell us about it

Great Expectations is about the end of illusions. I call it a story about the gap between our dreams and our lives. It’s a record you listen to alone.

It’s the lessons of a single, childless man of no race, no religion, no home and no love, searching the world for something that probably doesn’t exist.

It’s a rap album that has nothing to do with rap. I’m talking about love, family, loss, identity, change, loneliness, religion, lies, age, desperation, destiny.

It’s not for the kind of people who don’t like good movies because they have unhappy endings or unlikable main characters. It’s inspired by the aesthetics of old music, when songwriters wrote about real life, and strived to create a sound that was theirs. I have beats from ten different producers, and guest appearances from eight rappers and vocalists.

Everyone involved are friends of mine, most of them since high school. My grandfather is on the album cover. It’s not a record to take your mind off the reality of life; the questions, the unfairness, the void at the center of it all, the hurricane of lies we live and participate in every day.

It’s a record you play on the days you can bear to acknowledge all that, a record to let you know you’re not alone, that beneath the surface we’re all dealing with it, and none of us have the answers, and we’re probably not supposed to. 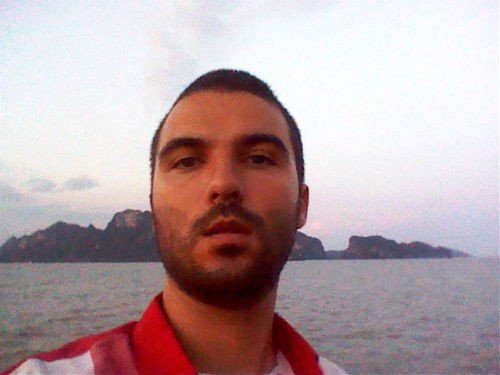 You have releases ‘Great Expectations’ for free for a limited time. Why did you do that?

I’m giving it away free because the world needs to hear it. It’s the thing I’m most proud of in this world.

The mixtape ‘Ayatollah Presley’ went down a storm with many hip hop fans. Was its success a nudge for you to make this new allbum?

Ayatollah Presley was a success? That’s news to me. Getting in one month the amount of downloads Justin Bieber gets in ten minutes – that’s a success.

But it did get me some hardcore new listeners. Ayatollah Presley is that wakeup music. Rappers these days are doing a lot of whispering on record, lots of mumbling. Speak the fuck up.

May we ask you how you got into the music industry?

I’m in the music industry, lol? That’s also news to me! Someone let me know what label
I’m signed to, because I’m owed at least 9,655 free expensive lunches, by my calculations. I’ll have the ahi.

As a lyricist you must need to be inspired to create your work. What inspires Malkovich?

Being Iranian. Being British. Being homeless. Being an asshole. Breakups. Breakdowns. Drinking alone. Peoplewatching. Long walks around weird cities. Women. My family.

How often do you perform live and do you enjoy it?

It was a huge pain in the ass, but it’s my only album I can listen to completely without cringing once. With that squared away somewhat, I’m gonna do the same thing for my live show game this year.

Have you any dream collaborations you would like to see happen?

Now that they’ve both already happened and await release, I wanna make an album with Roc Marciano on all the beats. I’d like to record with Mulatu Astatqe from Ethiopia and Cesaria Evora’s band.

What does 2013 hold for Malkovich, have you any tours or appearances lined up already?

I have several videos ready to drop for Great Expectations, and five more albums and even more videos waiting in the wings. Everyone’s gonna have to make a decision about me real soon.

Do you enjoy other genres of music outside of your own field. If so what are they?

Blues, soul, oldies, Iranian music, Ethiopian ’70s music, 80s, disco, jazz, latin, African, some other stuff. I have an mp3 library of almost every song I’ve ever heard that I ever liked. I hunt them all down. Few escape me.

I often bring songs that I found to producers to sample, which is why all my beats sound different but have a reminiscent thread to them. I like beats that are raw and hummable.

I think most popular current rap beats are popular because all the sounds are so clean, but clean sounds don’t interest me. I like the sound of wear and tear.

Finally may we ask you if you have any hobbies or interests outside of music?

Watching my favorite movies a thousand times. Seeing how many days straight I can wear the same shirt before it starts to smell. Packing. Unpacking. Taking pictures of dogs sat in the driver’s seat of parked cars.

Counting the number of modern pop hits that are based on the bass chords from U2’s “With Or Without You”. Taking pictures of billboards and signs with spelling errors.

Debating with pro-gun nuts. Researching why Africa “mysteriously” has so much AIDS. Pretending to be the smart, quiet guy in the conversation.
©FAMEMAGAZINE.co.uk