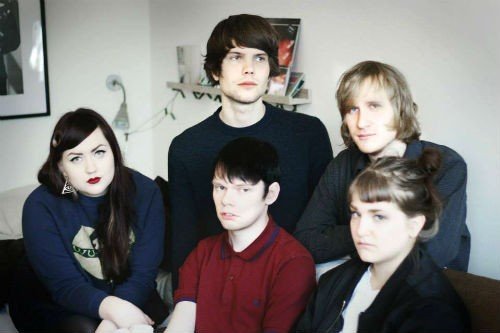 Gothenburg, Sweden’s Makthaverskan release in US their new album ‘Makthaverskan II’ on May 6th via Run For Cover Records.

The album is a collection of uninhibited garage punk pop anthems with front-woman Maja Milner’s sharp and soaring delivery…Check out ‘No Mercy’:”f*ck you for f*cking me / when I was 17″…”your time will come, my friend”.

The band’s name, while not an actual Swedish word, derives its meaning from “Makthavaren” meaning “the man in the position of power”. Makthaverskan, then, is the feminine conjugation of this concept meaning in its definite form “the female with the power”…