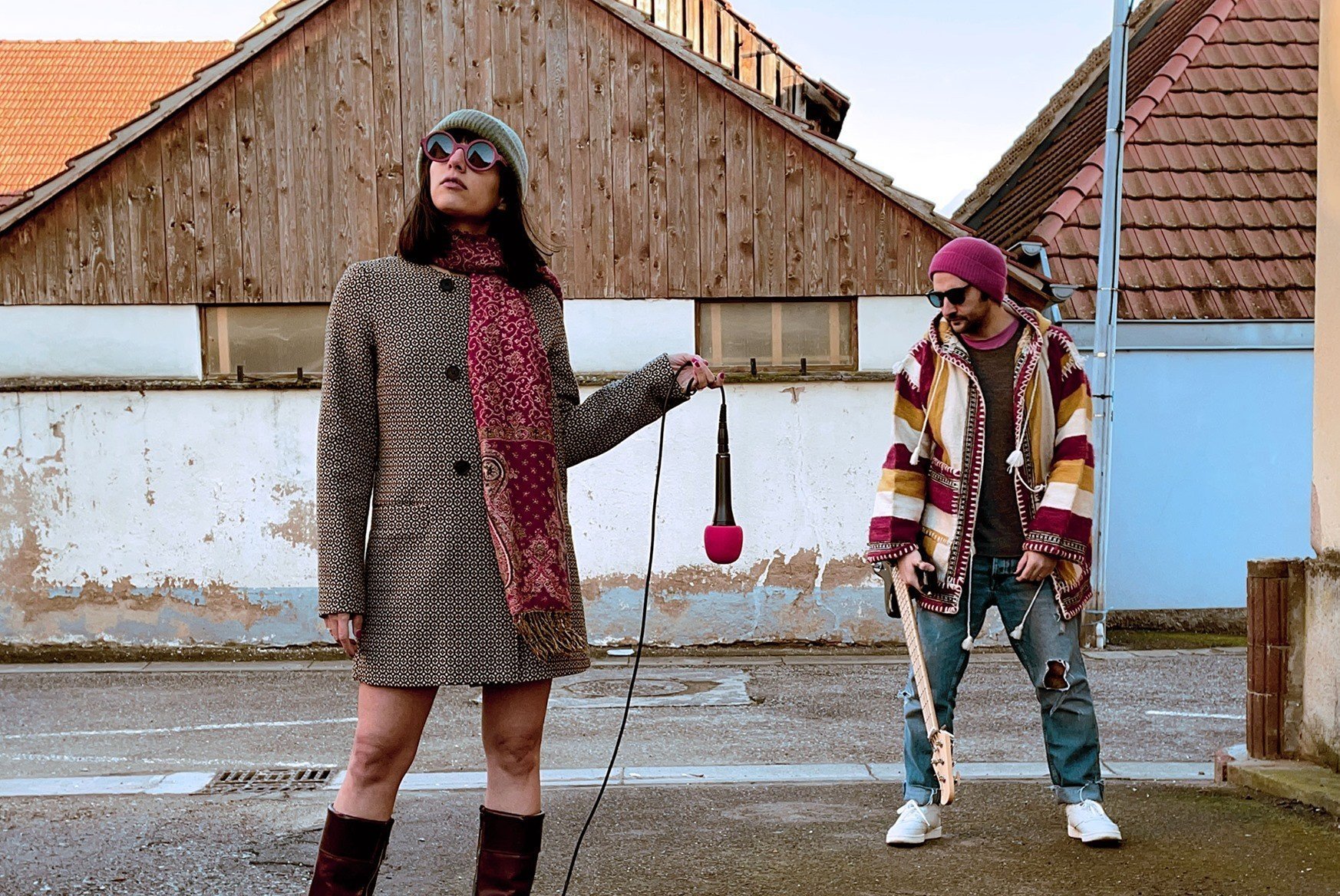 Iranian experimental electronic duo Makichi have released their sophomore album The Rain Stopped. The album inspirations are so vast, with influences from downtempo, psych, and 18th-century Persian music. The Rain Stopped ventures on becoming a concept album as the duo, Sonia Kelichedi and ‘Ash’ based their lyrics on a range of Iranian poems that served as inspiration for the album. It is crucial when venturing into concept albums to avoid pretentiousness and ensure that the art has substance, Makichi encapsulates this perfectly.

By detailing their experiences of life but also maintaining this concept edge, they perfectly balance their goals in order to achieve everything they set out to do. The album contains their seven steps to achieve enlightenment and redemption and is the perfect example of the spiritual edge that is prevalent throughout the 10 track effort.

The highlight of the album is I Lust You. The song is deeply psychedelic, it takes you on a journey through its 4 and a half minute playtime, building tension in all the right moments and providing a satisfying end, which makes the slow build-up all worthwhile. This aforementioned variety of influences is particularly clear here too. While it would be easy to clumsily bring Eastern and Western musical influence together, the craftsmanship on the show really delicately blends these influences in a manner that makes it feel essential rather than having no cause.

The Rain Stopped is really great. It is a perfect blend of culture, spirituality, and personality. It is by far Makichi’s best work, showing them at their most creative and inspiring and feels truly masterfully crafted.

What was the biggest challenge when creating ‘The Rain Stopped’?

Actually, the whole album was a challenge for us. But if we want to mention one of them as the biggest one, we think the main challenge was that we did not want our music to become fusion music, but we wanted to have the feeling and the soul of Persian music in there. We didn’t want to use traditional instrument and do it the simple way. We wanted to combine them on a musical level.

What were your main influences when writing?

When we write music we try not to be influenced by anyone. Of course, we learned a lot from major artists and musicians, there are lots of incredible musicians and artists who inspired us and definitely many of these inspirations have effects on our music. But when we write music we just want to be influenced by our own minds. But I think for this album the main influence for us were these amazing Persian poems that we chose and many other poems that we read by those great ancient poets. Like Rumi, Hafez, Saadi, Ferdowsi, Khayyam, etc.

How did the goals of the album change as it began to come together?

Since the beginning, the goals were the same really. When you are writing music, there is always new things and new discoveries along the way, and our story was developing as we were moving forward, but the goals didn’t change as much. We just wanted to tell our story through our music. Music, which is a universal language.

Why is it important to create music that combines cultures?

We don’t know if it’s important or not really, but it was something that we felt it. We are Iranian artists living outside of our country for many years now. And this is our own experience. And these days, different cultures are getting closer to each other.  And maybe it is happening subconsciously. And it really sounds so awesome in our opinion. Don’t you agree??. You can listen to our new album The RAIN Stopped and give us an answer on that.