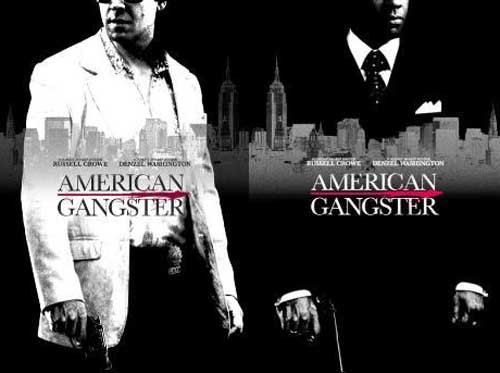 By Andrea Clarke
Must see: American Gangster
WHO’S IN IT: Denzel Washington and Russell Crowe
WHAT’S IT ABOUT: The rise of real-life Harlem gangster Frank Lucas (Washington), who smuggled heroin into America in army planes returning from Vietnam.
WHEN IS IT OUT: Friday November 15
CERTIFICATE: 18
AS soon as I heard Denzel Washington was in this film I knew I would love it.Â  And true enough I did. The film had me hooked from the get-go.
The opening scene shows Frank Lucas (Washington), then a driver to Harlem gangster Bumpy Johnson, setting a man on fire and shooting him.Â  And while the film, directed by Ridley Scott, is not as violent as others in the genre, this is just a glimpse of what a king-pin has to do to keep order.
After Bumpy’s death in 1968, Frank takes over the drug “business” but cuts out the middle man.
The movie shows Frank watching TV reports about American soldiers getting hooked on heroin in Vietnam. He gets on a plane to Bangkok, where he approaches an Asian heroin supplier.
After bribing several US Army officials to smuggle the heroin back into the country, Frank starts his business.
Selling it cheap, the drug called Blue Magic was 100 per cent purer than what was sold on the street. And so Frank Lucas’ drug empire was born.
Buying his mother a mansion and schmoozing with Mafia bosses and celebrities, Frank was living the American dream.
His only problem – a gang of dirty cops demanding a cut.
Running parallel to Lucas’ rise to organised crime boss is the story of Detective Richie Roberts, played by Russell Crowe.
A Jewish cop studying to be a lawyer, Roberts is struggling to stay honest in an increasingly corrupt police force.
He gets shunned by his fellow officers after turning in $1 million of drug money instead of keeping it.
Roberts then heads up a narcotics unit, tasked to arrest drug distributors and soon comes into contact with Frank Lucas. Lucas and Roberts’ separate lives slowly begin to intertwine before finally colliding when Roberts arrests Frank.
Washington and Crowe only appear together at the end of the film, when the two come together to bring down the corrupt police officers drug dealing on New York’s streets.
The parallel between Frank Lucas and Richie Roberts is astounding. Lucas is a well-dressed man with a beautiful wife and is always in control, compared to Roberts, who is with at least three different women in the film, his ex-wife is suing him for custody of their son and his life is a mess.
But it’s this guy who is the conscience of the film and while It’s hard not to like Washington’s character, he’s a drug dealing gangster, and Scott reminds us of this with flashes of overdosed mothers, drugged up teenagers, all high on Blue Magic.
There is already Oscar buzz surrounding this movie and with stellar performances from Washington and Crowe it wouldn’t surprise me if they both get nominated next year along with director Ridley Scott.
If you go to the cinema this month, make sure you see American Gangster.
americangangster.net 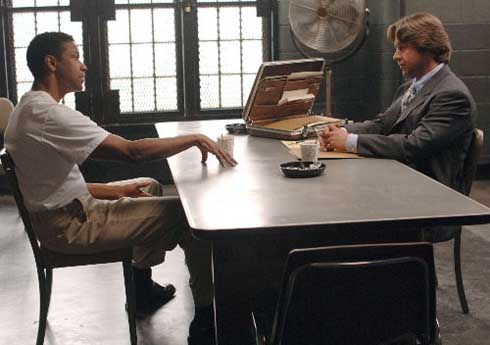