Mairearad Green (pronounced ‘My-Red-Green’ just FYI) was introduced to folk music at an early age. Her latest album ‘Summer Isles’ – out now via Buie Records – boasts such a fantastic plethora of guest musicians on it – including non other than legendary singer/songwriter King Creosote’s lead vocals on standout track ‘Star of Hope’.

Mairearad has also been dominating the folk festival world; performing at Celtic Connections Festival, Cambridge Folk Festival, Hebridean Celtic Music Festival, and Tonder Folk Festival. As well as this, Mairearad will also be the festival director, as well as a performer, at The Summer Isles Festival in August…

Hi Mairearad, how are you today?

Enjoying a lovely, relaxing sunny day in Ullapool but my fair skin was in need of a break out of the sun to answer these questions!

You’ve been a busy bee over the past year! Can you tell our readers a bit about what you’ve been up to?

I have been doing a lot of touring with my Folk duo partner, Anna Massie and building up to the release of my solo Summer Isles album has kept me very busy between tours.

You’re currently on tour – where are you headed to next?

Yes, doing some gigs performing the new album with my Summer Isles band, Hector MacInnes and Iain Hutchison. We were just at Brew at the Bog festival this weekend and at the end of June we will be performing in Manchester, London, Newcastle and Glasgow – can’t wait!

Where’s your favourite place you have ever performed?

Too many UK venues to mention but one of my most memorable tours was in Austria with the best tour manager, Deitmar Haslinger who knows the country so well and introduced us to the best places, the best local produce, we were looked after so well and the gigs were brilliant.

What is your album ‘Summer Isles’ all about?

The album was inspired by a group of islands where I’m from in the North West of Scotland called The Summer Isles. They are a beautiful place to visit and there was a wealth of material to write about including books like ‘Island Years’ by Frank Fraser Darling and ‘Trowel in my Hand’ by my Great Grand Uncle, Neil Macleod and many more local stories. 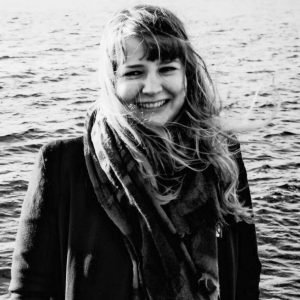 What’s the Scottish folk scene like at the moment?

There are so many great Scottish Folk bands performing and releasing albums at the moment. The musical influences are so broad, the technical expertise of the musicians and also the Tradition have moved forward so much in the last 10 years that it is a really exciting scene to be involved in.

And finally, what are your plans for the rest of 2016?

I am going to release a Summer Isles Tune Book this year, I will be touring this Summer Isles album as well as doing a few duo tours and I’ll hopefully make time for some more writing also.