Live Nation announced today that Sting, accompanied by the Royal Philharmonic Concert Orchestra, will embark on a world tour this summer. The tour will find Sting performing his most celebrated songs re-imagined for symphonic arrangement.

Drawing from a diverse and illustrious career that has produced numerous multi-platinum albums, a staggering list of number one songs, countless accolades and worldwide record sales of nearly 100 million, Sting’s greatest hits will be reinterpreted with brand new orchestrations created especially for this tour.

Selections will include fan-favorites such as “Roxanne,” “Next To You,” “Every Little Thing She Does Is Magic” and “Every Breath You Take,” to notable songs from Sting’s enduring solo career – “Englishman in New York,” “Fragile,” “Russians,” “If I Ever Lose My Faith in You,” “Fields of Gold,” and “Desert Rose.”

Presented in a variety of settings, the tour begins June 2 in Vancouver and then travels to numerous cities across North America. Dates announced today include: June 9 at Red Rocks in Denver; June 15 at the Hollywood Bowl in Los Angeles; July 17 and 18 at Chicago’s renowned Ravinia Festival.

Sting will also perform in New York, Boston, Dallas, Houston, Philadelphia, Portland, Seattle and Washington and return to Canada, with stops in Toronto and Montreal. Additional North American cities, venues and on-sale dates will be announced in the next few weeks, with other territories throughout the UK and Europe to follow soon. 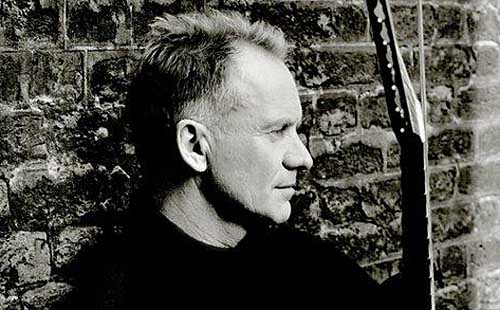 Never afraid to blaze the path of new musical territory, Sting’s foray into the classical realm began with the crossover success of his #1 album “Songs from the Labyrinth,” a lute-based interpretation of the music of 16th century composer John Dowland, released in 2006 on Deutsche Grammophon.

After completing the enormously successful Police reunion world tour, Sting returned to pursue his passion for uniting musical genres with his most recent release “If On A Winter’s Night…” which debuted at #1 on Billboard’s classical chart and remains there.

Sting’s interest in collaborating with an orchestra began in 2008 following an invitation to perform with the legendary Chicago Symphony Orchestra. After reworking selections from his expansive catalog, he and several members of his longtime band joined the orchestra in a performance that left an indelible mark on Sting.

Eager to explore the possibilities of further symphonic collaboration, Sting was excited when the Philadelphia Orchestra asked him to join them in commemoration of the 153rd anniversary of the Academy of Music.

“Performing with both the Chicago Symphony Orchestra and Philadelphia Orchestra was truly a highlight of my career. I’m delighted by this new opportunity to tour with the Royal Philharmonic Concert Orchestra and reinterpret the songs I’ve been playing for many years,” commented Sting.

Sting will also be joined by a quartet comprised of Dominic Miller (Sting’s longtime guitarist), David Cossin (a multi-percussion specialist in new and experimental music and featured member of the Bang on a Can All-Stars), Jo Lawry (vocalist) and Ira Coleman (bassist).

The tour is promoted by Live Nation and produced by RZO Entertainment, Inc. in association with Universal Music Classical Management & Productions.

“We are thrilled to be a part of bringing this exciting and unique tour with Sting to the world,” said Arthur Fogel (CEO/Chairman Live Nation Global Touring). “The arrangements, combined with Sting’s brilliant songwriting and musicianship, will no doubt result in a magical evening of music.”