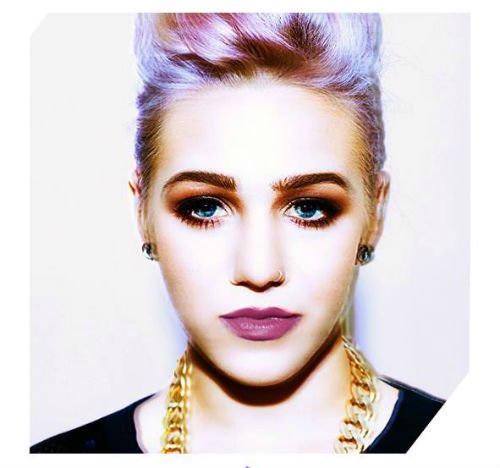 Madyx – the Alt-Pop project of LA based singer/songwriter and guitarist Michelle Blanchard – released her self titled debut EP, which was recorded with Grammy-nominated, multi-platinum producer Brian Howes (Daughtry, Simple Plan, Hedley). The EP is a collection of catchy pop tunes with heartfelt and socially relevant lyrics.

First up, what’s the story behind the name Madyx?

After my band Life Down Here began to fizzle out, I started writing a bunch of new material and started shaping into who I really am as a person and as an artist. While in the studio, I realized I didn’t really have a new name for the project.

It was such a different thing from what I was doing before that I didn’t want to keep the same name and change the whole sound of Life Down Here because it is such a huge part of who I was and am today.

I wanted to come up with a whole new name, like a Michelle 2.0 if you will. One day the name MADYX popped into my head, not sure how or when but when I looked up the meaning, it is totally everything I stood for and who I am. Down to earth, independent, and hard working; value home and security above all; giving 100% in all my endeavors and being of service to my community and others all around me. 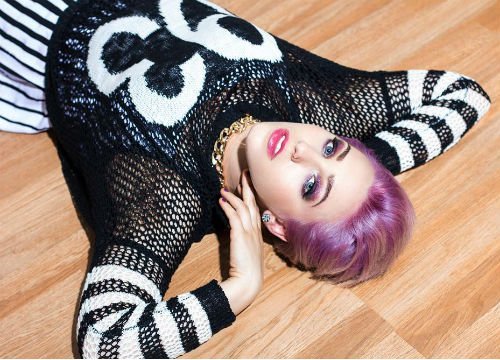 Can you tell us five things about Madyx we should know?

1) I never wear the same socks. I purposely go through and mismatch all of them.

2) I wear my daddy’s wedding band around my neck everyday so that he’s always with me. My mom had it engraved for me as a bday present and it says “Life Down Here Love, Dad”

3) At some point I would love to open my own restaurant. I’ve always wanted to be a chef and to get a chance to cook for the judges on Chopped. I LOVE that show!

4) Country music is my guilty pleasure. When I was younger I would dress in full cowgirl attire. I had the cowboy hat, boots, jeans and even a fringy cowgirl shirt to top it all off.

5) Favorite quote (AKA my next tattoo saying): “Little girls with dreams become women with visions..”


Can you talk a bit about your track “Some Kisses” and your EP?

Well we just released “Some Kisses” and “Some Kisses (French Kiss Club Mix)” on iTunes and will be releasing an official music video for the track within the next month or so.

This EP holds a special place in my heart and I believe that it always will. There’s some real, raw emotion in the 5 songs that we have out now (soundcloud.com/madyxxmusic) and on the songs I continue to write, that I’ve never really tapped into in the past.

I’ve always written about my experiences in life and things that I’m dealing with, but this is a completely new sound and a completely new thing for me. I was able to stretch my writing abilities and challenge myself vocally, lyrically and musically. 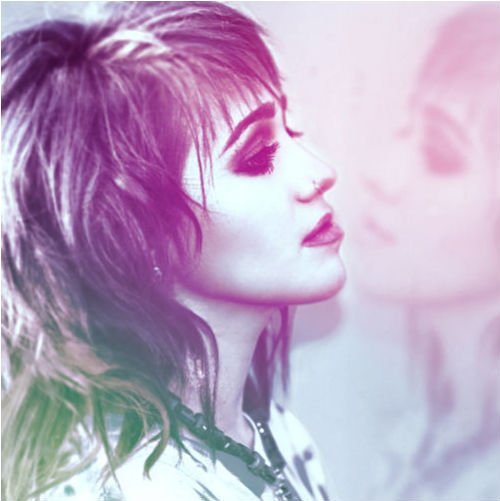 Music has always been a big part of my life for as far back as I can remember. I picked up my first guitar at the age of 8 and never looked back. When I was 13, I started writing my own material and played in a bunch of high school bands growing up. Back in those days I was a guitar/bass player, I REFUSED to sing. It wasn’t until I was about 16 that I really started to sing and even then I wouldn’t call myself a singer, but today it’s a whole new story. I’m definitely a singer 🙂

I would have to say most of my influence for this project is drawn from an 80s vibe. From the look and sound of MADYX I was definitely born in the wrong era… LOL

Currently I’m rehearsing for a SoCal high school tour starting at the end of this month, which is amazing. Getting to play for hundreds of kids each week and just hanging out with the fans is what it’s all about.

The next show open to the public is going to be at SIR studios at a big music convention in LA called MUSEXPO. It’ll be the first show open to the public that I will be performing as MADYX, so it will be an AWESOME experience not just for me but for everyone there. People from all over the world come in town for this event, so the night will be filled with good people and good vibes.

Since I was 6 years old I’d always tell my parents that I wanted to be a “rockstar” and since that day they believe in me and helped me accomplish that dream. Today I can honestly say that I am living my dream.

Getting to play and write music everyday of my life is what I live for. When I was in HS bands I always wanted to play Warped Tour, play at Madison Square Garden and get the opportunity to open for Paramore and in 2013 I got the chance to do 2 out of 3 of those things with “Life Down Here”. I can still say that

I dream of playing at Madison Square Garden, getting a hit single on the radio, getting the chance to go on a world tour and travel.

We currently have “Some Kisses” and a club remix called “Some Kisses (French Kiss club mix)” that we are hoping to start circulating in the club scene and just start playing more and more shows. I’m always working on new material and connecting with awesome co-writers to keep the juices flowing. Looking forward to some big things for MADYX in 2015!