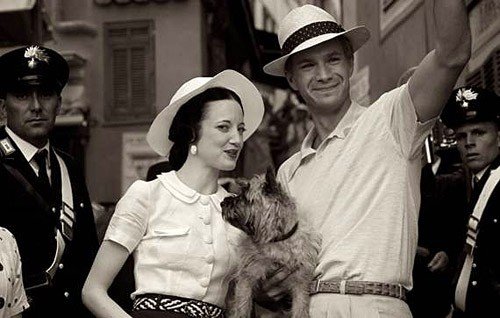 STUDIOCANAL announced that Madonna’s directorial debut, W.E., will release widely on Friday 20th January 2012 in cinemas across the UK and Ireland.

The love story stars Andrea Riseborough (Brighton Rock, Made in Dagenham), Abbie Cornish (Sucker Punch, Limitless) James d’Arcy (Master and Commander), Oscar Isaac (Drive, Robin Hood), Richard Coyle (Prince of Persia), Laurence Fox (‘Lewis’, Becoming Jane), Natalie Dormer (Captain America: The First Avenger) and James Fox (Sherlock Holmes).
W.E. is a passionate tale about the search for true love in the modern world, viewed through the prism of one of history’s most fabled romances. The year is 1998, and Manhattan is abuzz with anticipation about the upcoming auction of the estate of the Duke and Duchess of Windsor. But the auction is far more than a diversion for Wally Winthrop (Abbie Cornish), a transplanted Southerner trapped in an unhappy and abusive marriage.

Transfixed by the exquisite artefacts of the Windsors’ lives, Wally becomes obsessed with the love story of Wallis Simpson (Andrea Riseborough), the chic, charismatic American who captured the heart of King Edward VIII (James D’Arcy).

As she learns more about the sacrifices Wallis made in choosing to be with Edward, Wally finds the courage to follow her own heart and create her own happiness.