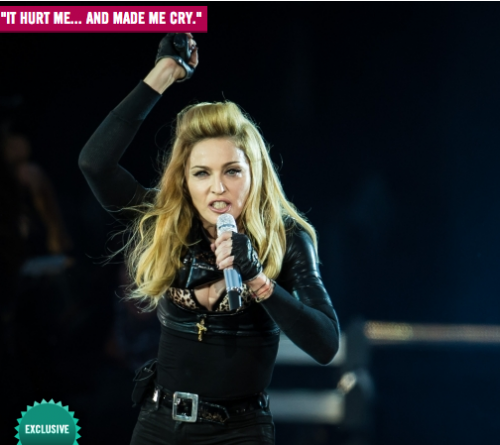 Pop Queen Madonna used the Los Angeles leg of her MDNA world tour to express outrage over the Taliban’s attempt to kill a 14-year-old girl who had spoken out against militants’ attempts to ban education for girls in northwestern Pakistan.

The Material Girl used the platform of the Staples Center stage to harness the outrage sweeping across the world about the attack on schoolgirl Malala Yousufzai and stressed the importance of people voting in the U.S. Presidential election on Nov. 6.

“The Taliban stopped her bus and shot her for writing a blog about wanting to go to school. Do you understand the sickness and absurdity of this? Do you recognize how lucky you are?”

The seven-time Grammy award winning musician implored people to register to vote, adding: “Support the people who support education, who support women and who support being gay.”

Madonna did not indicate if she was advocating to vote for President Obama over Republican challenger Mitt Romney.

“But support the people who support your freedom. You know what I am saying?

“Register to f*cking vote. OK? Take responsibility for your future and your destiny.”
READ MORE celebuzz.com