These impressive new photographs were shot by Mert Atlas and Marcus Piggot for a spread in the June edition of Interview magazine.

In the interview Madonna speaks to American film director Gus Van Sant and reveals she is now heavily focused on her film career and doesn’t have the energy to sing any more. 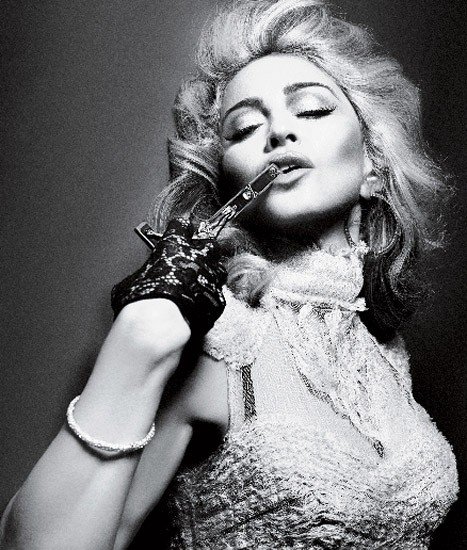 MADONNA: Gus, is that you? 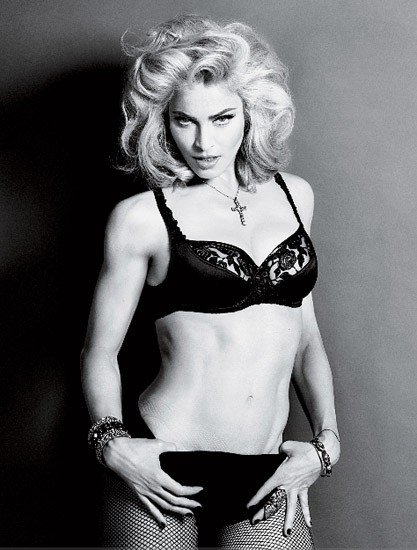 MADONNA: Are you living in L.A. now?

VAN SANT: I still live in Portland [Oregon], but I have a place in L.A., and I’m starting to work on this film down here.

MADONNA: But that’s what you do. 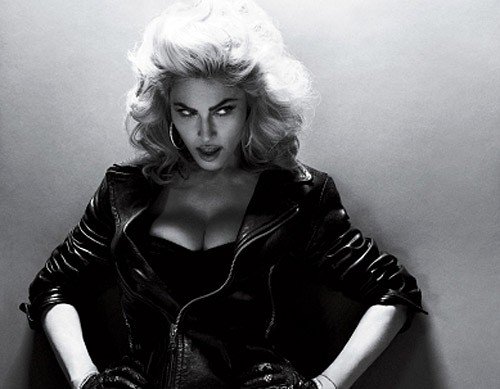 MADONNA: Yeah. I go to Malawi twice a year. It’s where two of my children were adopted from, and I have a lot of projects there that I go and check up on and children who I look after.

It’s sort of a commitment that I’ve made to this country and the hundreds of thousands of children there who have been orphaned by AIDS. I made a documentary about it [I Am Because We Are, 2008], and it’s just become part of my life. I’m going to meet with Jeffrey Sachs [the economist].

I’m sure you’ve heard of him. He’s starting a global education initiative, and I’m going to be his Girl Friday, so to speak. We’re going to hold a press conference to talk about the school for girls that I’m building in Malawi.

It’s kind of our way of making sure that every kid has a chance to have an education-more specifically girls, but boys as well.