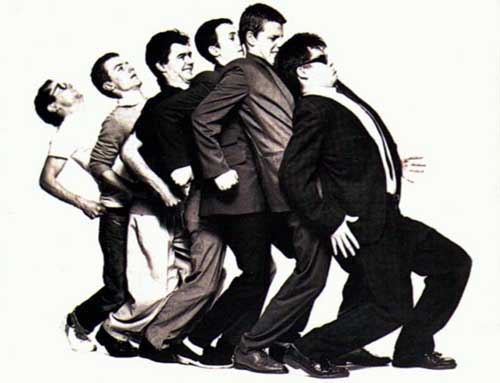 MADNESS were one of the leading bands of the ska revival of the late ’70s and 80’s, influencing several successive generations of musicians and becoming one of the most beloved groups the country produced during the ’80s. During the 80’s, once in the early years and again in the late 80’s Madness decided to call it a day. They didn’t stay apart for long though.

In 1992, the original line-up reformed for two outdoor concerts at Finsbury Park, London. The group dubbed the event Madstock and released the live recording of the shows. This became an annual thing for the next four years. By 1998, the lads were back on the road, going full steam ahead, with a Los Angeles date recorded for release as Universal Madness the following year. The group also reunited with original producers Clive Langer and Alan Winstanley to record their first new material in over a decade. The resulting Dangermen Sessions, Vol 1 was released in 2005.

Tickets for MADNESS at the Odyssey Arena on Friday 7 December go on sale Friday 7 September at 9am from the Odyssey Arena and usual Ticketmaster outlets. For credit card bookings telephone 0870 243 4455. Book on-line via www.aikenpromotions.com
(Credit card and internet bookings are subject to service charges).