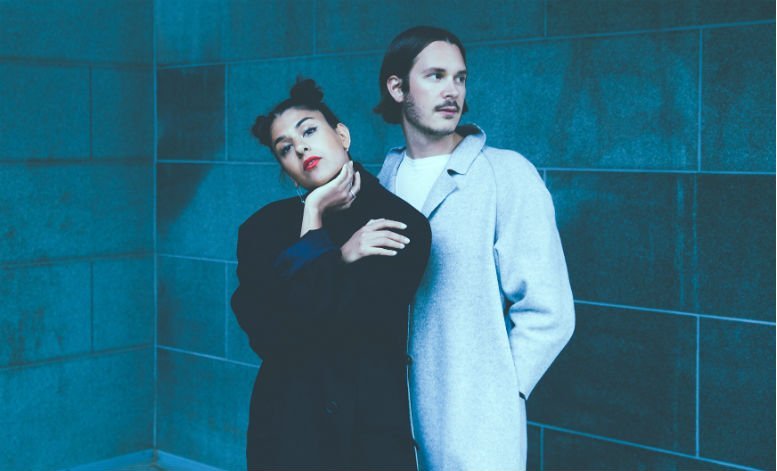 Teymouri and Ekelund chose the name MAASAI as a metafor for solidarity and inner strength, as it mirrored the values they hold dear- the word derives from a Kenyan Nilotic ethnic group, and means, my people….

How are you today Zackarias and Dominique?

How did you meet and start making music together?

We met when Dominique needed a drummer for her own project. We started working together and soon realized that we should join forces and decided to create the world of MAASAI.

Can you talk about ‘Feeling Blue Seeing Orange’; what’s the idea behind it?

The idea behind ’Feeling Blue, Seeing Orange’ is to create a world were reality meet fiction and were all emotions are allowed. We also wanted to create contrasts in different ways, it’s in the contrasts you find the most interesting stuff.

Do you think is right to describe your music as …”widescreen cinematic pop”.

The atmosphere in the album is a bit cinematic and every track on the album has it’s own story so cinematic pop is quite a good reference.

Creatively, who have been your biggest influences?

D – Growing up I’ve always been inspired by strong female characters, my first one was Tina Turner I think.

Z – Cat Stevens was always in the speakers at home when I was little. And when I look back I can see that he’s been a big influence for me.

Is it hard being a new artist in today’s music industry?

It’s a hard and bumpy ride for all new artists, both in the Indie and the more commercial genres.

Todays artists and bands have to do so much more themselves for better and for worse.

Who would you most like to collaborate within the industry

D – Björk – She’s a big inspiration and always do and think outside the industry box.

Z – I would love to work with Justin Vernon (Bon Iver). I think that everything he touch turns to gold for you ears.

We’ll be touring with our debut album, and we’ll also write new music and hopefully have some cool collabs on our upcoming stuff.